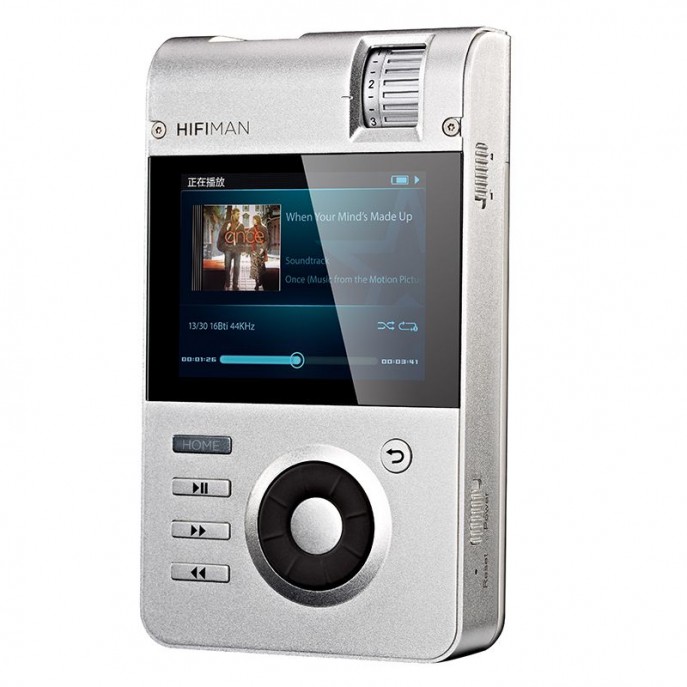 The HIFIMAN HM901 portable player was once regarded by many as one of the best DAPs on the market. Now the former flagship has retired and a new champion has stepped up to wave HIFIMAN’s banner, the HM901s, but is it a worthy successor?

The HM901s gives an air of elegance before even opening the box. The packaging takes the form of a lovely leather-wrapped box with a metal face, similar to the one you’ll find housing the HIFIMAN HE1000. Inside you’ll find the HM901s itself, a charger, USB cable, line out/coax cable, the battery, and a charging dock for the battery. When you place an order for the HM901s you’ll also be given your choice of swappable amp cards. There are a number of different cards available, including one focused on IEMs, one for balanced headphones, and others designed for full-size cans. Whichever card you choose will ship with the HM901s, and of course you can buy additional amp cards to add more flexibility to the DAP.

Another accessory that’s available for the HM901s is a docking station that can integrate into any desktop system. On the rear you’ll find optical, coax, and USB inputs alongside optical, coax, and line-level outputs. There’s also a port specifically for the HM901s’ proprietary charger, allowing the dock to charge while it’s in use. The front of the dock is home to a number of buttons used to select which input or output method you’d like to use.

The dock serves a number of purposes when paired with the HM901s. It can act as a transport for any songs stored on the SD card. It can also function as the DAC in a system, removing the need for a dedicated DAC from many desktop setups. To add even more flexibility, HIFIMAN includes a remote with the dock, allowing 2-channel owners to control the system from the comfort of their favorite listening chair.

Alll of these accessories would serve no purpose without the star of the show, the HM901s itself. With the HM901s, HIFIMAN took feedback from their HM901 DAP and set to work making improvements. Inside you’ll still find the same combo of dual ESS ES9018 32-bit Sabre DACs alongside two OPA627 and OPA2107 opamps. Like the HM901 before, the HM901s uses a full-sized SD card, rather than going with the more expensive Micro SD format. Allowing more available storage at a lower price is a value that’s always welcome.

The HM901s sports an improved CPU over it’s older sibling, delivering boot times around 3 seconds when paired with HIFIMAN’s TAICHI II UI. The HM901s also has a dual-battery design which eliminates coupling adapters, providing a better sound than you’d get with more traditional single-battery setups by eliminating noise from the power supply.. And if that wasn’t enough, the HM901s brings something very welcomed to the table; DSD support.

On the outside, the improvements in the HM901s become even more noticeable. Gone is the black plastic enclosure of the HM901 and in its place is an aluminum body. Not only does this serve to make the DAP striking, but it also improves heat dissipation and makes the case stronger, more rigid. Another clear improvement is the revised scroll wheel. The HM901s’ wheel is more accurate than the one found on the HM901. It’s raised from the body to allow easier access, and rather than being a flat circle, the wheel takes a donut shape that provides better control. It’s certainly a welcomed improvement over the previous scroll wheel. The volume control is improved as well. The new stepped potentiometer provides more precise volume settings to set the perfect listening level. With the HM901s HIFIMAN has delivered a device that’s built from the ground up to be a flagship player.

It’s obvious HIFIMAN has taken customer feedback to heart when developing the HM901s, but the audio is the main reason why we’re in this hobby. This DAP doesn’t skimp on the sound. It’s no slouch when it comes to pushing power into headphones. My review unit came with the Minibox Gold card and was set up for hard-to-drive headphones. I paired the HM901s with HIFIMAN’s newest flagship headphone, the HE1000. After only a short while, there was no question in my mind that the HM901s is capable of driving the HE1000 to comfortable listening levels.

There was no shortage of detail thanks to the dual ES9018 DACs, but HIFIMAN managed to bring a rich, full-bodied lower end into the mix that pairs quite nicely with the extended reach of the HE1000. On tracks that called for bass, the HM901s delivered. The mids were somewhat laid back on songs with an emphasized low end, but when listening to music that was nicely blended they fell in line. The treble was never overly bright and shrill, something that can happen easily when a Sabre chip isn’t implemented well, but the detail and clarity for which they’re known was still present and in spades.

Soundstage wasn’t lacking in the slightest. While not the largest soundstage I’ve heard in a portable, the HM901s was able to easily showcase the width and depth of any headphone paired with it. The HE1000 was a great headphone for this test and I’m glad that I had both on hand. But perhaps my favorite aspect of the HM901s’ sound is the sense of presence. When I attend a concert I don’t like to sit too close, but I don’t want to wind up at the back of the room either. I enjoy standing back from the edge of the stage when taking in a live performance. The HM901s was able to deliver a very similar experience.

One thing to note is that the HM901s is very revealing of the source files you’re playing, almost to the point of being unforgiving of low quality tracks. When using lower quality recordings I found that the bass would wind up loose and flabby, often overshadowing the mid range and could occasionally result in a somewhat unpleasant experience. If you have moderately well mastered tracks you’ll still be able to enjoy the HM901s, but I recommend leaving the low quality songs at home; this DAP is meant for a serious listener.

I’d love to say that the HM901s is perfect, but I find that there’s still some room for improvement. I was consistently getting around 8.5 to 9 hours of playback time, which I consider acceptable, but some newer DAPs are delivering longer play times in smaller packages. The HM901s is not tiny. The player measures in at just over an inch deep, which can be a bit unwieldy at times. I find the ideal DAPs are sized under 0.7” thick, a great size in the hand and plays nicely when carried in a pocket. While the HM901s is certainly pocketable, the bulge it creates is quite noticeable.

Perhaps the single largest place I can see improvement for the HM901s is the proprietary power connector. By using this connector, HIFIMAN has required that we carry around a large power brick whenever we travel. The transformer on the charger is larger than the DAP itself, so it demands more space than a small and simple Micro USB charger found on many of today’s DAPs. I can see that HIFIMAN chose this connector due to the flexibility it offers, but I’d love to be able to leave the charging brick at home when going out of town on a short trip.

My few quibbles aside, the HM901s is a player that should be considered by anyone looking for a top of the line DAP. Between the list of available accessories, the full-sized SD card slot, the great sound presentation, and the durable body, this could easily make the perfect player for many music lovers. If you’re looking for a new portable and you haven’t given the HM901s a listen, make sure that this is one you don’t miss.

Improved TAICHI UI for faster response and simplicity of operation