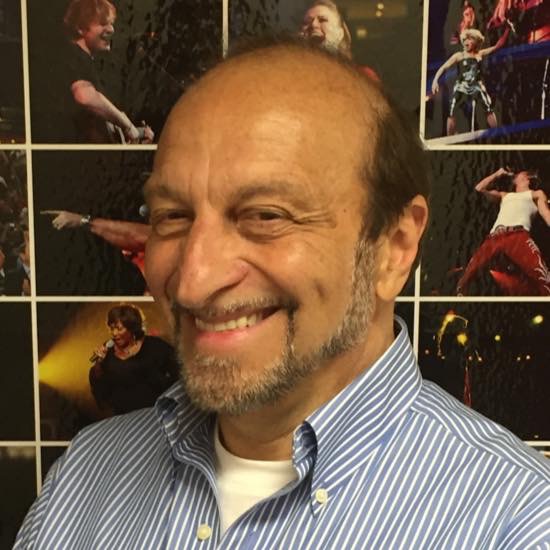 A relic of the past and a time long gone? Or something placed in a musically induced coma by a much less talented crop of A&R people, labels and new and uninspiring Artists?

The Album or LP (Long Play) as it’s referred to in music, was once considered to be the gold standard and consummate representation of the efforts of a singer, band or contingency of musicians and writers.  It was truly revered, given much attention by the press and looked forward to with great anticipation and enthusiasm by the music aficionados and lovers.  And why not? After all it was purchased with the full knowledge that it was going to provide you, the listener/fan, to an amazing treat, a day off from school or even better an insight into the soul and poetry of a writers or group of musicians who you were keenly desirous to know more about from your first taste of their music.

You could not wait to hear the embodiment of what the radio had presented you — just a small taste of and exposure to, a Whitman Sampler of sorts, featuring one taste of the my variances of all the genres and styles for you to find which one you wanted to partake in.   On the radio, you heard what the labels and A&R departments wanted you to hear and thought was the hit, but now you could (and would) purchase the album and decide for yourself what the reality was and how each song made an impact on you.  The album experience was personal and so uniquely individualistic, especially in terms of what you would decide were your favorites. It was not compiled by a contingent of marketers all vying for your money and looking for the commonality in the masses that everyone might love, but more specifically the one personal message meant just for you.

It was those little nuggets meant just for you, the hardcore fans and lovers of the truly unique, that you lived for, and the band wanted you to hear, so they could make the connection with them.  It was truly amazing to hear a song and know that you were mentally on the same plane as those who created it.  How great was it that they understood you and you “got” them as well?  That is what real music and the listening experience is, or at least what it was meant to be.   It was now your time, after doing the research and getting a small taste of the band, to make the decision to hear more of what you were interested in, a chance to delve into and feel the music as it surround you and you immersed yourself in it. In short, it was you very own intimate experience with the music, the way it was meant to be and how it was designed to connect with you and you with it.  How rewarding and remarkable it all was!

I can still remember hearing a track from the Led Zepplin way back in 1968 and running out to the local record store to get the album I had just heard a taste of and that knocked my socks off!  Now that it was mine, I was able to play the tracks I loved undiluted by the over exposure of the Radio blasting the same song repeatedly until you wanted to rip your ears off!  That was what an album meant to us.

There were formats and moments to highlight the album, such as (AOR) Album Oriented Radio, which played only the more obscure and unique tracks from albums by artists like Pink Floyd, Carol Kind, The wonderful King Crimson, Steeleye Span, the Straubs and many others making up the tapestry of our lives.

While we did become more of singles market for a while back in the early 70’s, it was just the music business taking a breather for a while to regroup and make better albums. Right after that period we saw the likes of Peter Frampton’s masterpiece “Comes Alive”, Supertramp’s “Breakfast In America” and Topographic Oceans by YES, which got the album format back on track so to speak!

Well if the new generations of labels and streaming services have their say, the only way you’ll get that experience again it to cobble your own play-list together from a chart labeled, “Your Music” and come up with your own album! How uninspired and boring is it to try to excite yourself and not have other outside influences or stimuluses’ turn you on to the new and unpredictable?  It is just a horrible and homogenized way of looking at life, opting for a fast food over a 5 star dinner at your favorite restaurant.

How totally uninspired and predictable would the music world be to remove the luxury and the euphoric experience of finding something that you might later love but did not love initially on the first 4 or 5 listens.  I came from radio and learned that ballads took 3-4 listens to catch on while some songs even more.  I learned how the ones that caught fire early were usually the first ones to give you ear fatigue while having the fastest burnout factor (this refers songs played multiple times which got boring and weary to listen to as time went on) but that others, that required an acquired taste, took longer to catch on lasting 3-4 times longer without any ear fatigue.  It is the difference between gorging on your food or sitting and eating a wonderful meal slowly.  The longer you take to eat and digest the more satisfying the experience dining on quality food.

It is a sad state of affairs, with many reasons for this downturn in the desire to purchase and enjoy an album’s worth of material. The album format is under siege due to horrible A&R’ing (that is the development of the band or singer and their music), terrible Label direction (or lack thereof) and a pool of inferior artists that more then outnumber the great new ones coming up though the system. As well, labels now use YouTube, Facebook, Twitter, and a variety of Social Media sites to find their artists and “the next big thing”.  This has been a real thorn in our business as those being signed and released are coming from what is basically a popularity contest that lasts only for a brief while.  They are not finding artists but identifying trends, amounting to no more then releasing hula-hoops over substantial and lasting talent that will be here for generations.  I appreciate how the business works and understand that one must at least look at those things that are getting attention and tracking well in the research departments, but to sign an act based solely upon their number of views or hits is absurd and will truly kill the album format for sure!  Why on earth would you as a consumer ever want to purchase an entire album’s worth of material of an artist ever again if you knew that the labels were signing singles and one offs?

The industry has lost the faith and trust of the consumer by selling them one great track and filling the rest of the album with Garbage to get it out quickly, scamming fans and consumers into paying good money for bad product!  The bigger problem in my eyes is that they are doing very little to get their trust back.  Aside from the occasional Ed Sherran, Coldplay, Lorde, Florence and the Machine or Bruno Mars album, what is left to buy but the one or two hit songs off inferior albums, encouraging and directing the consumer to make their own hit assemblages in lieu of buying an album? It’s not worth it for consumers to delve into music, finding a reason to connect with it on an emotional and spiritual way ever again. That being said, it is a hard and daunting task to change this perception, but change it we must.  It would be totally irresponsible of me to say, “I was so lucky to experience the joy of an album and screw the next generation as they are not worth it and will never realize or experience that happiness that I did!” Oh well!

That would make me part of the problem and not the generator of the solution, so I will not allow myself to do that. What I will do instead is educate those around me in this business, and create on my own pieces of music from individuals who are timeless so we can change the course of our industry.   This generation is not arrogant, they are merely ignorant of the greatness that came before them, but that is not their fault — is it ours! If we do not teach and educate them on the way to head into the future, and preserve their place in history by reflecting on but not living in the past, it is we who should be ashamed!

Long live the album and those wonderful artists who have a point of view, and take on society and issues that deserve to be preserved and presented for generations to hear, and love just as we have and will continue to!