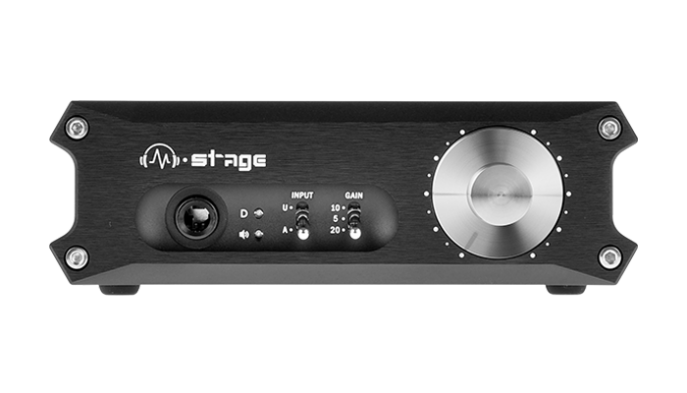 I’ve had a soft spot for Matrix Audio an electronic technology company based in Xian, China. Matrix employs a highly qualified R&D team, which not only designs all of their products, but also collaborates with a number of domestic and foreign companies and builds OEM products. I first became acquainted with Matrix Audio when I was lucky enough to hear their Mini-i Pro amp/DAC combo. The setup was a huge winner with excellent sound. I also has some experience the Matrix M-Stage HPA-2. Matrix has developed a legendary status in the headphone community for building outstanding products at reasonable prices.

Matrix first began to make waves in the audiophile headphone community back in 2010 when they first created the M-Stage line and released the HPA-1. Although well received, Matrix wasn’t satisfied with good enough and quietly started updating the M-Stage, establishing a update cycle every 18 months to two years. The original M-Stage would eventually be replaced by the M-Stage HPA-2, which would later be replaced with the current HPA-3. The new HPA-3 is similar to the HPA-2 and is offered in two different models the HPA-3B and the HPA-3U. The HPA-3B variant is a balanced headphone amplifier without a built in DAC while the HPA-3U is a single ended headphone amplifier that includes a buil in digital to analogue converter.

The new HPA-3U isn’t a slightly tweaked HPA-2, it is an M-Stage that has been updated inside and out. While the old generic and boxy HPA-2 felt the HPA-3U has a more robust build quality and a nicely refined appearance. The matte black brushed aluminum chassis feels heavy and is slightly longer than the HPA-2. Its modernized and thicker casing has been redesigned to be more efficient with more venting and more striking and visually pleasing.

The front plate is no longer flat but instead its edges have been angled, which aids in breaking up unsightly lines and results in drawing the user’s eyes directly towards the controls. From right to left we have the volume control knob, gain switch, selector switch, two small LED indicator lights and the 6.5 mm headphone jack. The volume knob tracked well, albeit a little stiff, and looked similar and handled like the HPA-2s volume knob. The gain switch, with gain settings of 5dB/10dB/20dB, didn’t feel overly stiff or soft and the same can be said for the selector switch. The headphone out jack felt firm and was slightly imbedded into the front faceplate. The headphone out jack meshed very nicely with the face plates and angled edges helped accentuate the more modern, more refined, look of the HPA-3U. Although the front faceplate seemed to be roughly the same size of the old HPA-2 faceplate its controls seemed slightly roomier.

On the rear plate, from right to left, we have the power socket, power switch, RCA input/output jacks and a USB input with DSD capabilities. All switches and inputs/outputs were easily accessible and were laid out in a roomy and methodical fashion. The power switch was firm and easily manipulated. The top and bottom panels are clean, with the exception of the top panel, where vents run horizontally along the side edges of the panel allowing better airflow. The new HPA-3U still runs warm due to it being a class A amp but its casing was cooler to the touch then the HPA-2 during prolonged use. Like the HPA-2, the new HPA-3U’s side panels are concave in shape with stamped canals running horizontally which aids in heat dissipation. The appearance of these side panels also aids in giving the amp a more decorative look without being overly gaudy, an appearance I very much appreciated.

Inside, like its external chassis, the HPA-3U has been entirely redesigned with a new double sided PCB circuit board. New components were carefully selected for redesign, utilizing the highly regarded Alps 27 series volume potentiometer, Wima and Nichicon audio grade capacitors, Noratel toroidal transformer, and asynchronous 24 Bits/192 KHZ capable Xmos Chip. Like the controls on its exterior, all internal components were laid out on the PCB is a very neat and methodical fashion. The new design compared to the HPA2, the HPA-3U has more power in reserve and a improved DAC that can handle higher resolutions and also does DSD. The quieter and black noise floor easily drove IEM’s with little hiss and was an enjoyable listen.

The MrSpeakers Ether, Hifiman HE-400i, the Paradox, and the AKG Q701 headphones were all used for listening impressions. T he Woo Audio WA6, the Lambert Play It By Ear, Schiit Vali, and the Chord 2Qute DAC were choices for amplification and source comparisons. Listening material was a mixture of 16 bit/44.1kHz and 24 bit/192kHz streamed via Tidal or tunes via laptop. Some of the source material included 24-bit binaural recordings.

RAM by Daft Punk, Night At The Pawnshop, the Avatar Soundtrack, DJ Kicks by Kruder and Dorfmeister, Fleetwood Mac Greatest Hits, Free by Office Of Strategic Influence, Stoa by Nik Bartsch Ronin, and Up Close by Ottomar Liebert & Luna Negra.

Even though the HPA-3U is a completely updated product, I’m glad to report Matrix Audio didn’t abandon the M-Stage house sound so many have grown to like. The best way to describe the overall sound for this amp is Matrix Audio kept the best attributes of the M-stage house sound, organic, natural and mellow, while adding more refinement and thus making it a more capable product. Compared to the HPA-2, the HPA-3U the sound was less warm but never bright. The coloration was slight yet enjoyable and much more musical than a harsh or bright amplifier..

The bass-line of the 3U has been greatly improved in comparison to the HPA-2. The full and extended bass had good texture but less of a mid-bass hump with greater control and better extension in the deep bass .Leeching, a problem that was apparent in the HPA-2 was nearly nonexistent. The lower midrange was cleaner and more open and defined.

The midrange is where the biggest improvements were made. One very annoying attribute of the old HPA-2 was its midrange frequencies. Although they sounded well defined and acceptably clean, there was noticeable compression which could make the sound overall more closed in . Detail retrieval was fair but micro retrieval wasn’t its strong suit The midrange frequencies are cleaner amore open, There w good air and separation between the musicians in the soundstage and the new model had superior micro detailing than the past design. The bass was good and presented an overall bette rthan average from products in this price range.

The upper frequencies have were improved using the original HPA-2 tuning as its base point, upper frequency control and lack of harshness was a strong suit of the HPA-2 and remains in the newly designed model. The high frequencies are no longer rolled off as they were with the HPA-2. The overall sound was sweet yet detailed with excellent resolution and extension at both the higher and lower frequency ranges.

The HPA-3U is an excellent sounding amp. For those thinking of upgrading from the original HPA-1 or HPA-2, I have no qualms saying it’s an upgrade worth having. For those seeking a space-saving all-in-one desktop solution that not only sounds spectacular. The HP3AU form Matrix priced as a mid tier product admirably performed and competed with amplifiers that were more expensive and always delivered stellar performance. Matrix keeps pushing the envelope in affordable designs.