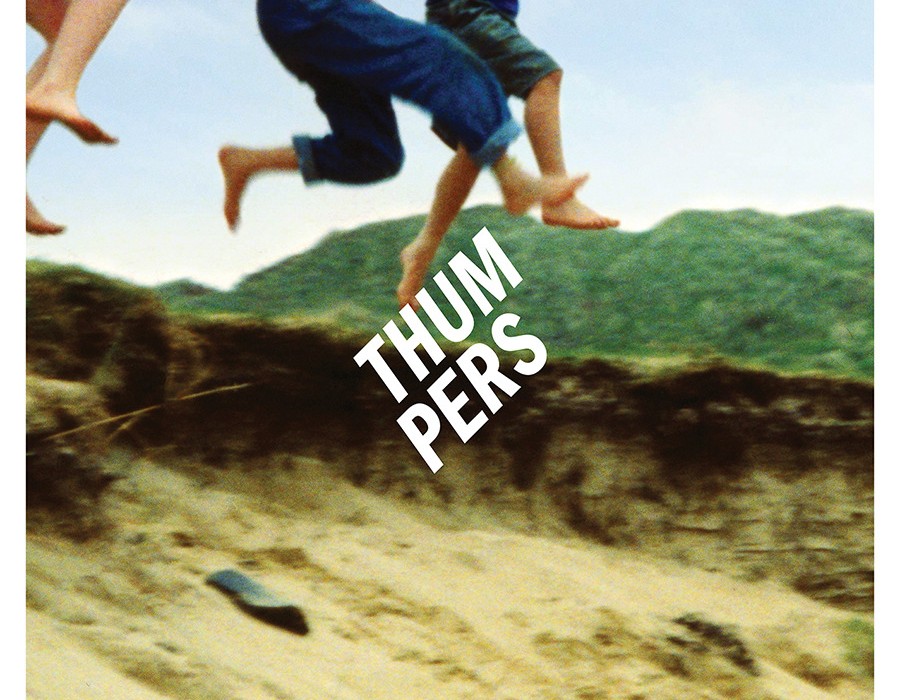 I can’t remember when the sound of an LP matched so well with its cover art, and not because of compositional complexity or dimensional imagery, but because of its binding simplicity. Unfortunately, upon first glance, you might look at the album cover and think of an Abercrombie and Fitch layout at Nordstroms, but I assure you there’s nothing glossed over or commercial about Thumpers Galore. As the cover indicates; three pairs of seemingly teenage legs thrusting off a dirty burm onto a sand dune: It’s shoe gaze for the summertime.

The introductory “Marvel” kicks off with broken beats, followed by ascending vocals (male, or at least I think so…). The vibe is set straight out of the gate. Call it noise pop, low-fi, whatever. It’s lighthearted pop music, encompassing a small taste of everything. The sound of “Dancing’s Done” feels like a party with your closest friends, when the suns beginning to crest over the horizon, and you all realize it’s cool: You’re together, you’re having a good time, and you still got Sunday to recover. So you get that sixth-wind and forget about the rat race for another precious few hours. It sounds like light. Like a scene in an intimate character indie flick when the unsuspecting hero gets their fleeting moment of glory. You know, the scene that gives you goosebumps you’re ashamed to admit. And that’s how I feel when I listen to this record. Imagine early The Verve meets Blur and Spiritualized. That’s exactly what “Now We Are Sixteen” sounds like.

It’s difficult for me to describe this music. It’s like trying to describe emotions. It sets a mellow tone and it’s precisely what I think about when when I think of “mood music”. I’d drop this into a playlist for a coastal drive: It’s airy, wide-open, with moments of subtle percussive and tempo changes. It sounds like a wash of ambient rhythms while the vocals, rests alongside the other elements and never in front in the mix. The effect creates a blend of all the instruments — human and otherwise — thus, the image of waves. There’s no individual sonic characteristic that stands out. And while that creates a sense of sameness throughout the course of the record, it also creates a sense of ease, and the LP is over before I know it.

You know when you find that great indie movie by accident that has the perfect soundtrack? The music not only fits the film rhythmically and thematically, but manages to capture your mood. And even if it fails to accomplish that, it stirs something up inside that wasn’t there before you heard it. Thumpers Galore is, as horrifically cliched as this sounds, a record I could pick for any occasion. It’s uplifting enough to put me in a positive mood without any sappiness. It’s serene — a record to get lost in. I expect it’s going to live in my weekly playlist for quite some time.