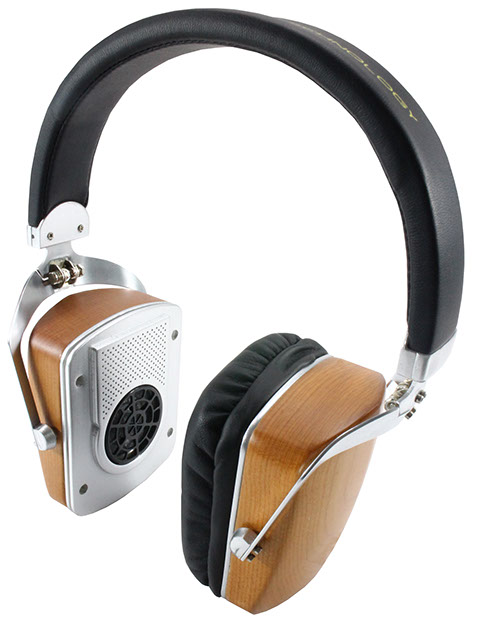 The core design of a headphone can be said to be its driver; it’s what produces the sound after all. The driver technologies that produce the sweet sound we hear can be grouped into dynamic, planar magnetic, and electrostatic loudspeaker (ESL) designs. The headphone we have today is the Verisonix N501 featuring Hybrid Electrostatz Technology. It comes equipped with a pair of ESL and dynamic drivers on each side. Most people know dynamic drivers as they are the most common and can be seen on the back panel of all sorts of headphones. It should come as no surprise then that some regard dynamic headphones as inferior . That’s not saying that dynamic driver technology is actually sub-par in every way to planars or ESL, the HD-800 should prove this, but rather it’s that the latter two are designed to be the very best sounding without the consumer price barriers.

I’ve always been a supporter of the Electrostatic Loudspeaker (ESL) design in headphones. They have an electrical complexity, weight, and transparency that is unmatched by both planar magnetic and dynamic headphones. As Verisonix aptly puts it, ESL’s are the “Ferrari of all speakers”. The downside is  that there are barriers of entry that deters consumers from purchasing or even hearing them for a demo and are  priced higher than their dynamic counterparts. Verisonix in introducing their new N501 hybrid headphone is playing both sides of the fence using this innovative dynamic and ELS hybrid design.. Verisonix skips the middleman and jumps straight to putting a miniature speaker set on your head. It puts the “loudspeaker” back in electrostatic loudspeaker technology with a twist. This time, Verisonix utilized drivers that are angled to provide better positioning for the user. They call this their ElectroStatz Technology.

The N501 has quite the specifications list. It retails for $499 USD which makes it one of the most affordable ESL headphones on the market. To raise even more eyebrows, it also lists a frequency range of 6 Hz to 50 kHz; most headphones support 20 Hz to 22 kHz. That’s not to say all of it is within the human hearing range, but Verisonix is making it known that it can cover the entire audio spectrum. Likewise, with the doubling of the frequency range, we also get the headphone weight which is 600g or 21 ounces. This puts the N501 at almost twice the weight of typical headphones. As for the driver, Verisonix notes it as being a 4030 e-stat + 40mm hybrid dome-type dynamic driver. The N501 still manages an effective impedance of 32 ohms and a Sound Pressure Level of 120 dB making it surprisingly easy to drive.

For starters, the entire retail package is well designed to be both economical and user accessible. The outer box is made of sturdy cardboard with a top that lifts off a tight fitting bottom base. Contained inside is the reinforced soft-shell case holding the headphone and its accessories. The outstanding aspect of this was in the space saving functionality of its retail packaging. The outer box is just barely bigger than the headphone case such that you could keep it as an outer hard protector. The corners are well tapered with additional adhesive to keep it held together for additional durability and use and are structurally sound. The entirety of these components fit together in a compact fashion with just enough free-play such that opening the box is met with just enough suction resistance allowing for fast access. Being a smaller company, I’m sure saving on space, weight, and size for freight from its HQ in Taiwan was a large part to do with the compressed design. Regardless of the reasons, I’m impressed with the experience of the unboxing and the retail design that also reduces waste.

The N501 utilizes a wood frame for the drivers and metal for the headband structure. It’s a  great combination that looks good as well. Verisonix uses real wood in the design which also  enhances the sound . I’m of the opinion that using luxurious wood and high quality metal parts  enhances the quality and sound  but does add weight to the headphone. The N501 is noticeably heavier than normal consumer headphones but not so much that its overbearing or uncomfortable.

A high quality studio cable is included with the N501. Verisonix  emphasizes studio use for this headphone from their main cover photo  and  include a massive cable in the package. The cable itself isn’t pre-terminated for right or left driver so you can plug it on either side . The cable was well made and was a great compliment to the headphone itself. My main issue with the cable is that it was a bit too bulky for home use. The cable only downside it is  fairly stiff  which makes it difficult to move around freely.

The N501 like an ear speaker with most of the qualities you would find in good floor standing speakers. Describing the general sound of this headphone would lean towards neutral with an open sound. The headphone includes  multiple angles drivers  and angles them  which enhances the soundstage and improve the stereo imaging.

The sound-stage on the N501 was fairly pronounced without going overboard yet was able to maintain excellent air between musicians with air and exceptional imaging. Unlike most other headphones on the market which use only one driver on each side and  which create a virtual soundstage, the N501 actually delivers a realistic soundstage.  I demoed songs from Fleetwood Mac and Michael Jackson which I  found  to complement the N501s.  The live edition of the song “Dreams” by Fleetwood Mac produced an amazing  audible sensation with the Verisonix headphones. The deep sub-bass in the back of the song mixed with a spacious but forward sounding vocal was clear and transparent.  It was impressive  in delivering a clear vocal performance from the lead singer Stevie Nicks while the rooted bass of John McVie took on a mind of its own in the background l and resembled  a separate subwoofer. The low frequency bass was a treat from the N501 not usually found in studio headphones.  Listening to  “Dreams”  it sounded soulful. It won’t win any bass heads over, but it will please the majority of people looking for the backup that bass typically delivers.

Next, the N501 demonstrated its abilities of soundstage and speed when I listened to “Smooth Criminal” by Michael Jackson. Whereas “Dreams” was a fairly slow song with clear separated moments, the music video edition of “Smooth Criminal” was filled with a fast beat and sonic action happening throughout the entire performance. The N501 maintained the famous beat in the song while the fast lyrics from Michael Jackson and was able to isolate the background elements of movemen from the main lines. It is typical for songs like this to be mushed together into a singular spectrum such that separation and speed come out like soggy oatmeal. Verisonix gives us a finely cut plate of sushi showing its surgical precision in combining the driver technologies to produce an authentic sound experience.

The vocals in the N501 are clear with an energetic response. Listening to “Set Fire to the Rain” by Adele gave me her unclouded talent through the sheer clarity of her voice from the headphones. The N501 did great work in latching onto the raw performance and intensity present from Adele.

But as spirited as the vocals were, there were still flaws with the production. Verisonix has been successful so far in how they implemented the drivers but cons do exist. I found the vocals to be clear but feltt they were on the bright side. Lastly, the fairly bright signature can get fatiguing to the ears after an extended listening session. The  extension of the range into the highs produces sharp effects at times and while beneficial when listening to classical music, does increase fatigue on the user. In the end, these issues are present on the majority of headphones in this price range and are not unique to the N501.  Overall, the Verisonix N501 is an able-bodied studio headphone that combines the dynamic and electrostatic technologies  to deliver an outstanding product.  The N501 is solid headphone and has excellent sound. There are many headphones available in this price range but the quality of the materials used and innovative technology should make this a sure buy for the forward thinking audiophile!

*The photos utilized here were provided by Verisonix and are also available on their website.