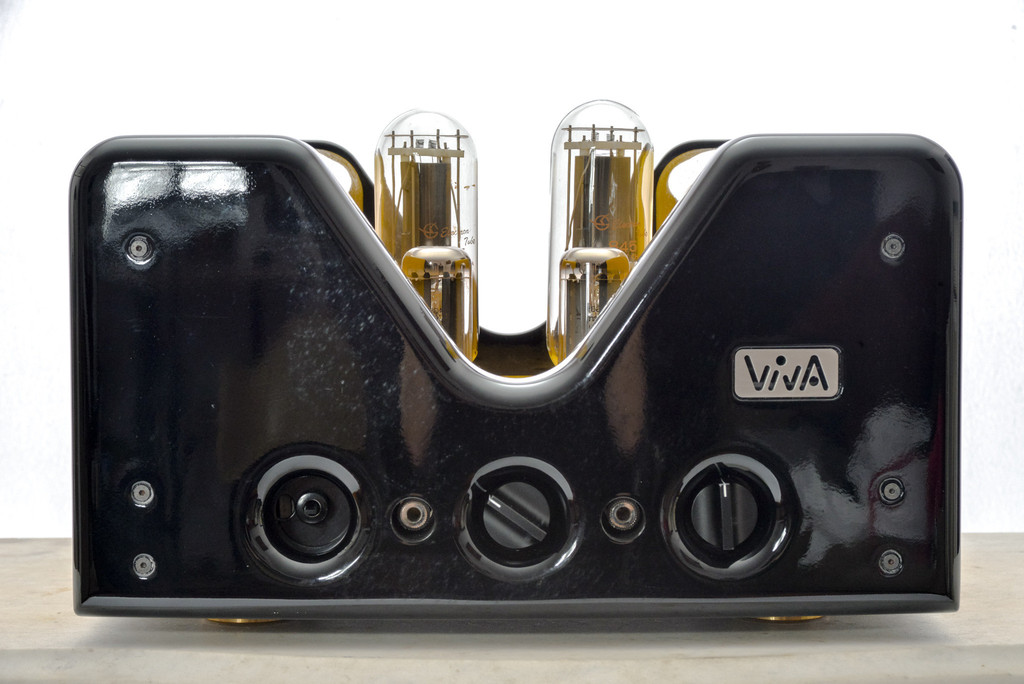 While attending the Newport Beach audio show I ran into Dan Muzquiz from Blackbird Audio. We were hanging out poolside with Bob Clarke from Profundo (who distributes some really special products) and they invited me to visit their room to hear a $10,000 amplifier. Naturally, my curiosity – and my love for everything headphone related – inspired me to contact another one of my fellow enthusiasts to share the excitement of listening to such a world-class product.

So, Kevin Venable (a friend and fellow scribe) came with me to listen to the Viva Egoista. This modern amplifier looked like it belonged on the cover of a magazine. The black faceplate along with the automotive Porsche yellow paint finish was spectacular. And the sound produced by the Egoista was like nothing I had ever experienced before. Kevin and I spent a mystical hour listening to this amplifier and I was hooked. Soon thereafter, Bob Clarke and Dan Muzquiz arranged for a review sample to go home with me following the Capital Audiofest in Washington DC.

Viva Audio is based in Italy and has been producing world-class tube components since 1996. According to Profundo, Amedeo Schembri, together with his brother Giampietro, wanted to develop audio systems that would reproduce music with realistic lifelike tonality. Amedeo’s career began at an early age when he started designing loudspeakers. He was also gaining experience working with various recording studios as an acoustic designer. Working alongside musicians, the special qualities of live music became embedded in Amedeo’s mind. His desire was to develop audio products for music lovers that would fully capture the lifelike realism and musicality inherent in the sound.

Amedeo likes to think “out of the box” when it comes to his designs. The pursuit of a live performance is always the ultimate goal. Viva products are designed with the goal of being able to properly recreate the live music from a recording – a few Viva employees even work for major orchestras. It’s easy to see that the main objective has never wavered since Viva first began – a product that recreates the live performance. People who go to live concerts not only want to hear the music, but to feel the music and get immersed in it. And Amedeo and Giampietro want their customers to experience a live concert every time they listen to a Viva product. 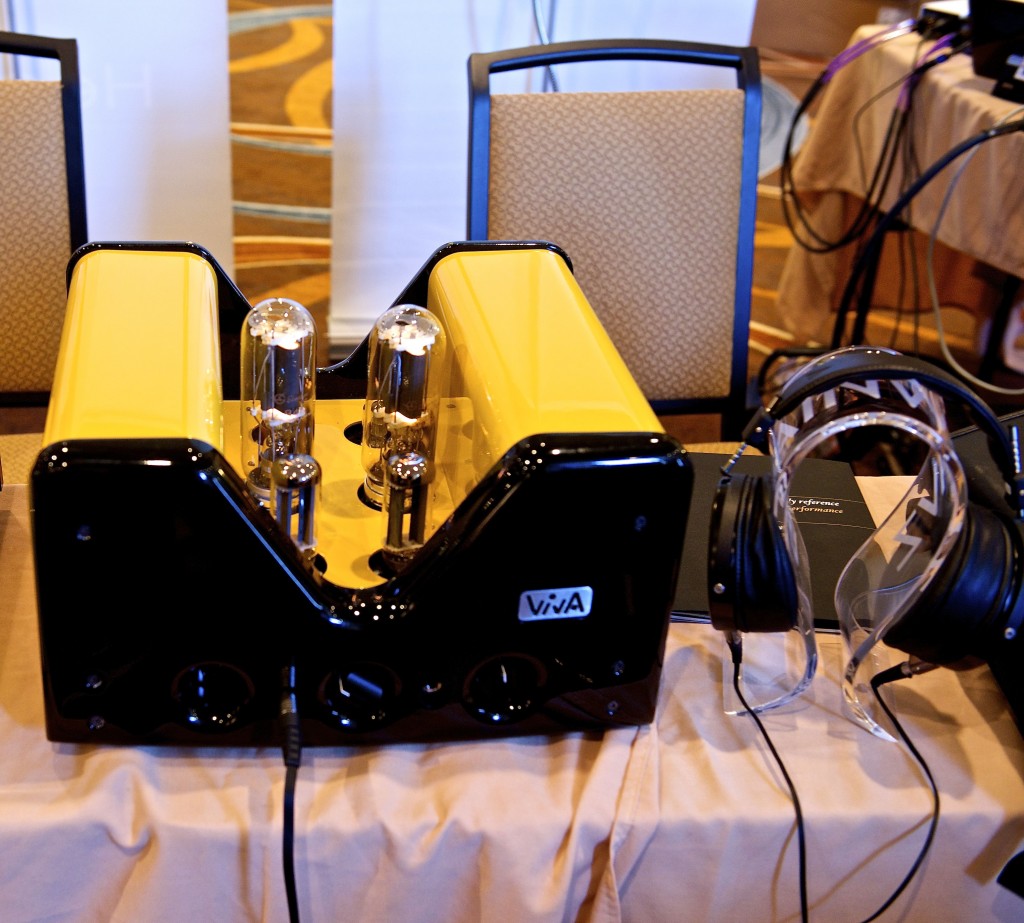 Viva Audio has withstood the test of time, despite their bespoke approach (Viva components are not mass produced, these are high-end beauties). Each and every component is designed and hand built by Amedeo. He tunes each product himself to ensure that the tonality and sound reproduction is as close to perfection as possible. Amedeo utilizes many of the golden era technologies in his products and the amplifiers are built one at a time. He prefers point-to-point wiring and uses only the finest materials available.

Amedeo’s relentless pursuit of perfection is clearly evident with the design, build, and sound of the Egoista headphone amplifier. People who purchase a product such as the Egoista are buying a finely tuned musical instrument.

The Egoista is a single-ended triode design (SET). The amplifier is housed in an aluminum chassis with transformers of the highest quality. There are five RCA inputs located on the back of the amplifier. The front of the Chassis has two headphone jacks (two people can listen at the same time) and the volume selector is a smooth design (no steps). The huge transformers are capable of putting out 15 watts per channel into headphones. The feet on the amplifier are also screwed in aluminum high quality machined feet. The top of the chassis is open so the tubes breathe easily. The bottom of the chassis has ventilation. The rear uses a standard 3-prong power cord. The 65-pound single-chassis amplifier is finished in an automotive paint finish and available in a wide variety of colors.

As with all Viva products, the amplifier is built by hand. It is also entirely point-to-point wired, meaning that no circuit boards are used in the design. The tubes are two Shuguang 845 tubes, a single Russian-made 6N1P, and a single (new production) Tungsol 6SN7 driving the huge 845 triodes (rocket ship-bayonet mounted). There are two 5U4GBEH Electro Harmonic’s rectifiers used for the all tube rectification. 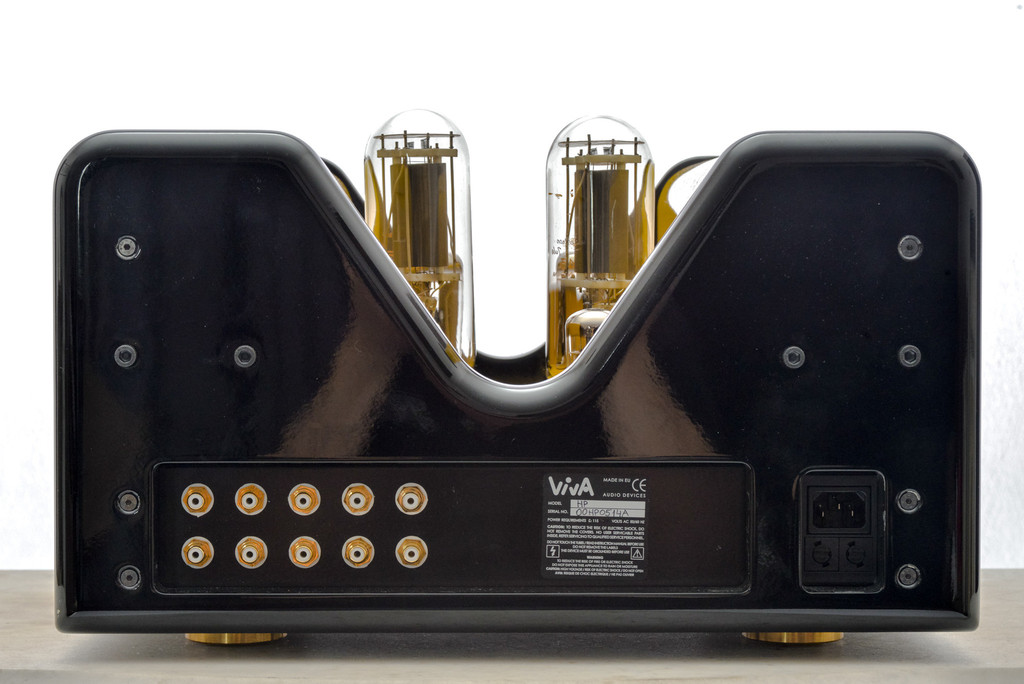 The day I spent in Newport Beach with Kevin Venable listening to the Egoista was truly eye (and ear) opening. The room was setup with the Egoista along with other Viva components running the Viva Monoblock’s along with The One speakers using the $10K Numerico DAC/transport as the source. The Egoista was hooked up to the $10K Numerico. The total cost for the headphone system with the Audeze LCD3’s was around $22K (without the cost of interconnects).

The two-channel system in the room was over $100K. Audeze LCD3’s was the headphone we used for the session. Listening to various different tracks of music I realized immediately that this was an incredibly special system. The sound was liquid. I could hear no artificial or electronic artifacts. The music was just flowing. The tonality of the instruments were natural and with vivid inner detail.

Vocals came to life, as if I was in the room with the vocalist. When I handed Kevin the LCD3’s, I was in awe and at a complete loss for words. The $100K system in the room had the same qualities. The room had disappeared and I could notice little difference between the $100K system and the headphone system. The differences were minute. The $22K system was performing like the $100K system, but more personal. The Egoista was definitely getting the most out of the LCD3’s. This demo made me want to listen to the Viva with many other headphones, which unfortunately, were not available to me in Newport Beach.

CanMania provided me with another opportunity to hear the Viva. Knowing beforehand that the Egoista prototype would be coming home with me caused anxiety and excitement at the same time. The impressions from people at the Capital Audiofest who heard this magnificent amplifier made me want to dig deeper and find out what it is capable of. 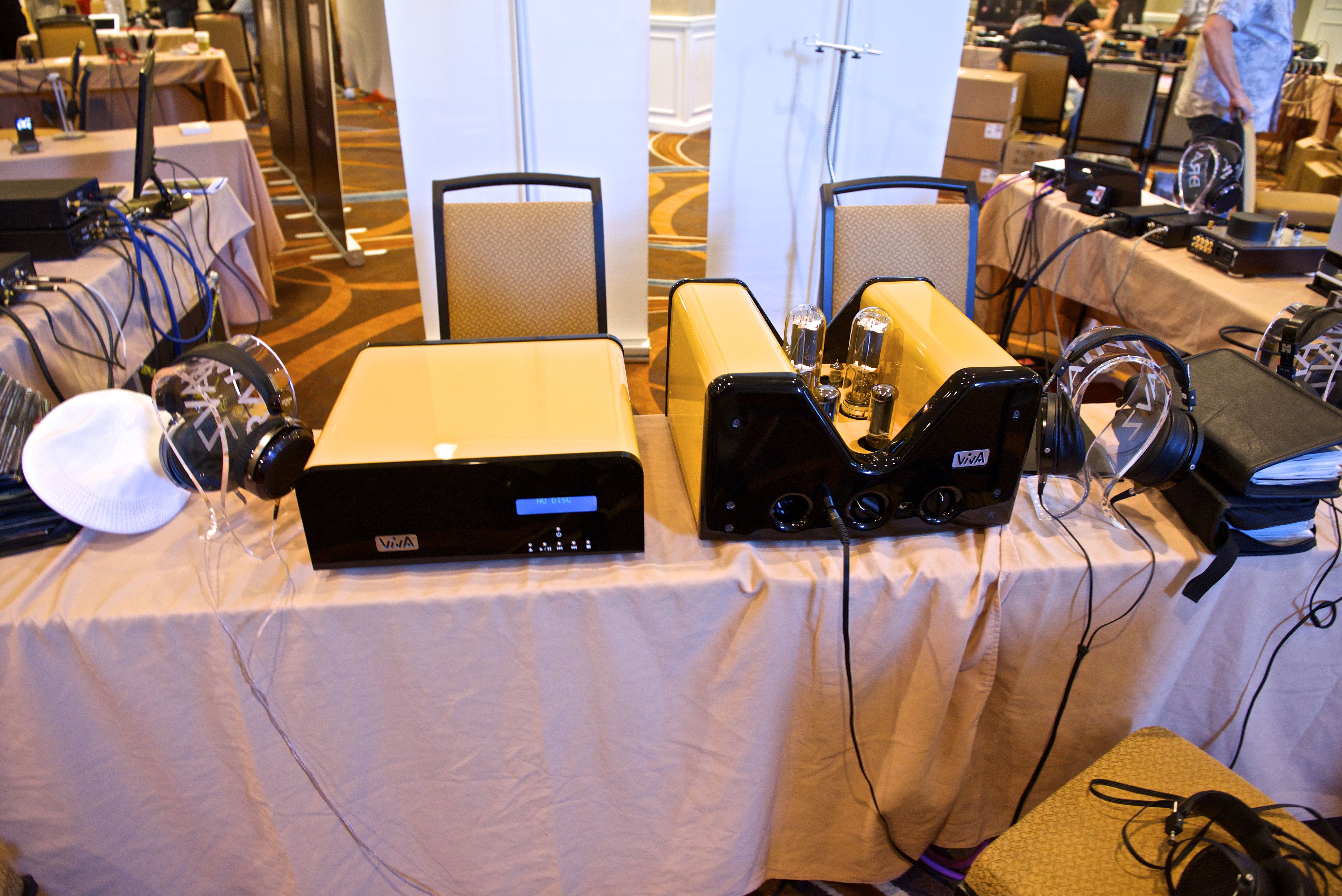 At CanMania, Profundo were using the Audeze LCD3’s. Astell &Kern was kind enough to lend me an HD800 to pair with the Viva as well. Profundo’s Bob Clarke helped me connect the Chord Hugo to the Egoista and the AK240 I had connected to the Hugo (optically) had a wide variety of music loaded. The Hugo provided me with familiar music to check out the system.

The HD800’s playing Elvis Presley’s Stereo ‘57 brought me to directly into the recording session itself. The details I heard were miraculous. I felt as if I had travelled through a time machine and was actually there. Presley was in the left channel and his band was in the right channel on this early binaural recording. The HD800 was sounding better than ever before. The headphone and the system simply disappeared.

The 845 triode of the Egoista was explosive. And the sound was fast and without any sluggish overtones. It was neither syrupy nor mushy. The Egoista was acting as if a musical instrument. It has a lack of signature that just let the music flow as I was engulfed in the performance itself. The tonality was impressive, but more important was the way the Egoista delivered the dynamics. It was as if I could visually see the performers in the live setting. It was spooky realistic.

Chris Botti’s Live at Boston took me to Symphony Hall. The vocal performance by Steven Tyler on “Smile” was so good that with my eyes closed I could see Tyler in the center and the band layered with real spacing between the performers. Live-recorded performances can sometimes be tricky to properly reproduce. The Egoista recreated this performance in a live setting with ease – it was hard to believe I was listening through a sound system. 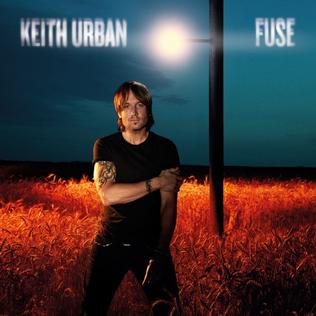 Keith Urban’s album Fuse gave me more of that same feeling. Having just seen Keith live three days before CanMania, the sound of his terrific concert was still fresh in my mind. Listening to Keith on the Viva Egoista brought me right back to the Delaware Sate Fair and made me feel as if I was at the show again. The vocal performance was just as what I had experienced live at the Urban concert (it was awesome). On well-recorded discs, the sound just comes alive with the Egoista.

On that Fuse, the HD800 again let me know exactly what the Viva Egoista was capable of. The dynamics and musicality of the Egoista was clearly evident. The sound had a signature I associate only with live music. It did not sound electronic at all. The Egoista recreated the true tonality of the instruments.

The CanMania listening session made me want to listen to the Egosista more than ever in my home system. I wanted to know if it would perform as well without the $10K Numerico in the chain. I knew it performed well with the Hugo, which is part of my system, so I was really looking forward to taking it home.

John Williams, the VP of Hospitality for the Los Angeles Audiophile Society (not the film composer), was staying at my home and helped me pack and load the 65-pound amplifier into a traveling crate (60 extra pounds!) supplied by Profundo. The amplifier inside the crate was cumbersome and took the both of us to get it into the house. Once uncrated, the amplifier was placed on my top rack.

The headphones used at home would include the Audeze LCD X and XC, Mr Speaker Alpha Dog, Hifman HE560, Oppo PM-1 and the Sennheiser HD800. The cable’s used with the headphones are Wywires Red along with Nordost Heimdall on the HD800’s.

Once the system was all setup I placed Train’s California 37 into the Oppo BDP 105 and hit play.

Look Out For Part Two Next Month…