What is an Audiophile? 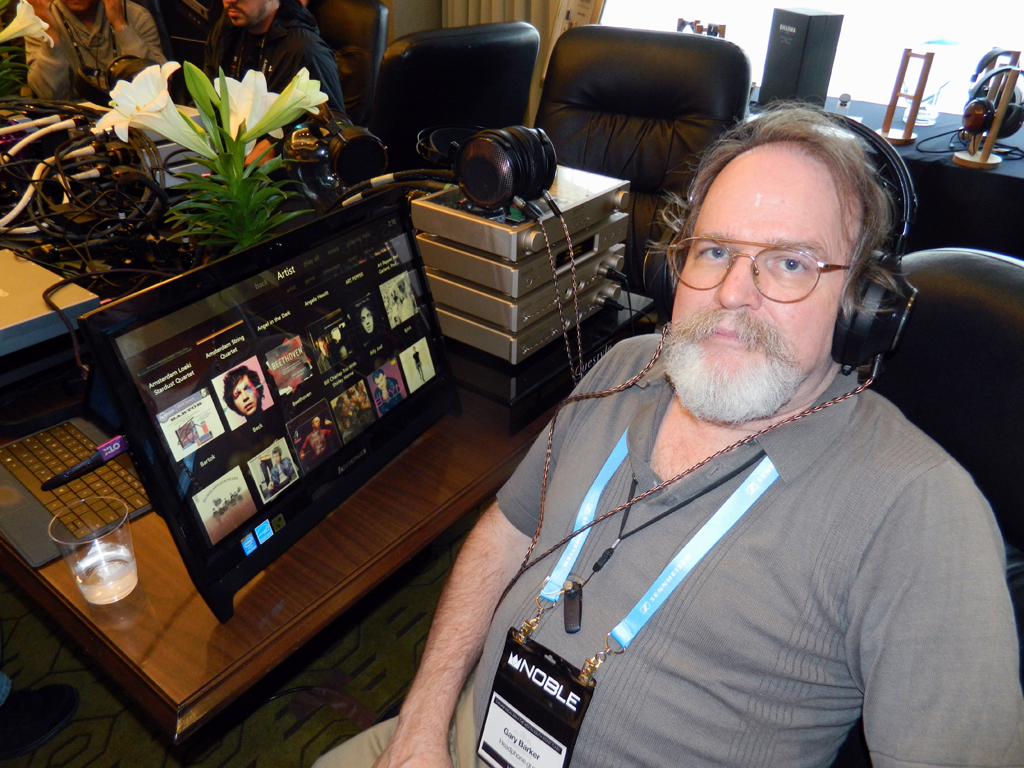 A little while ago I read an article by an audio reviewer stating that the audiophile community is perceived as an elitist group of “White Rich Men”. Which is true, the perception that is, though I would have added “Old” to the description, and I believe the “Old” was implied by the content of his article. Truth be told, most of the audiophiles I know are non-Caucasian. He went on to lament that there were very few female audiophiles, which is also true. I see two main reasons for this, one is women have better hearing than most men, and the majority of  mass market audio sounds bloody awful, so they lose interest pretty quick, and two, we as a community do our best to drive them out, it’s a boys club, and we don’t want no girls, which is stupid. Over half of the world’s population are women, and as a community and as an industry (for without the industry, there would be no community), we need to bring in new blood or die. In fact, I don’t argue with his premise at all, the audiophile community needs to court the young and women alike. Being an audiophile is as much a learned skill as it is a natural inclination. A connoisseur, whether it be of wine, art or audio, isn’t born but nurtured. We were all mentored by someone who wanted to share their experience with others. The old-timers, who turn away neophytes because they are too poor and too ignorant, are killing an art form that has blossomed for over a hundred years to their own detriment.

No, I don’t disagree with his premise; it is his conclusion that I take issue with. He felt that in order to attract the youth, we should stop worrying so much about sound quality, and embrace products that are popular, in other words, stop being audiophiles.

While I applaud reviewers who are willing to review mass market products from an audiophile perspective, after all, what good is it to say A is better than B, if you don’t point out the deficiencies of B. Just because the primary selling point of a product is that it is endorsed by a celebrity, it doesn’t mean it is a bad product, so it is the reviewer’s job to show why another product is a better value. And while it is true that carrying popular products opens the door for a HiFi shop to introduce audio newbie’s to the wonderful world of sound. It doesn’t mean we have to abandon our passion, and accept “good enough” as our mantra.

An audiophile should be an elitist. A multitude of blind AB tests have shown that less than 5% of the people tested can hear the difference between audio products, a statistically insignificant number according to those holding the tests. On the other hand, less than 2% of the people in the world qualify for MENSA, but that doesn’t mean it doesn’t exist. And 5% of 7 billion people is 350 million people, and that is a fairly large potential market for a cottage industry. So as an audiophile you are unique, one in twenty, of those who care enough to try, so a small number indeed, but it doesn’t mean you need to be a snob about it. It’s a passion, and a passion shared is one enhanced. We need to reach out to the 5% or our art form will go away.

So, what is an audiophile? A purist would say, someone who is trying to recreate the sound of a musical performance in ones listening room as accurately and realistic as possible. In a broader sense, anyone who is interested in hearing the best possible sound quality from the playback of recorded music. This is regardless of whether you listen to speakers in a dedicated listening room, or headphones, or car stereo or even portable personal audio.

Audiophiles can be separated into two camps, “Tweaks” and “Music Lovers”. Tweaks are those who are in love with the technology itself. The term comes from the practice of constantly fiddling with your playback system to achieve incremental improvements (tweaking the system). If the majority of your music budget has gone to amplifiers, turntables, cables, room treatment, strange little triangles of rainbow tape, weird elixirs in tiny vials that cost more than saffron designed to improve connection, isolation feet, custom binding posts and the like, and your music library consists of a few audiophile recordings of people beating on garage doors, then you are a Tweak. Music Lovers, are those with a passion for music, who find the illusion they are trying to achieve broken by subpar audio systems. Classical musicians who develop an interest in music reproduction tend to fall into the Music Lover camp.

Audiophiles of my generation tended to start out as hobbyist with an interest in electronics as well as music, who eventually, in their research, came across someone willing to enlighten them about the subtleties of music reproduction.  Since your hobbyist falls fairly square into the Tweak camp, this education began with specs; distortion, noise floor, dynamic range, bandwidth, etc, before moving on the more important aspects, such as tonal balance, imaging, sound stage, air. . .

In the eighties, the audiophile community was hit with a couple of major setbacks. The invention of the CD lowered the bar for achievable sound quality, and the burgeoning personal computer world snatched up all of the hobbyist. While the existing audiophile community continued to make the best of a bad situation, fighting tirelessly to squeeze sound from digital recordings, many reverting to the ever shrinking supplies of vinyl, as they had been abandoned by the recording industry (CD’s were significantly cheaper to produce than either vinyl or tape, and yet were able to command higher wholesale prices), the influx of new audiophiles dropped considerably.

The nineties brought the Home Theater explosion, which sucked away the much needed “Have more money than sense” crowd who financed the audiophile industry with their desire to impress.

The new millennium brought insult and injury with the rise of the mp3, the ipod and the earbud. With the market trend towards lower resolution formats, and $10 mp3 players, with $.50 earbuds, the audiophile industry was quickly becoming irrelevant.

So how did the audiophile community respond? With the introduction of digital home theater, there was a resurgence of multi-channel audio bringing new Hi-rez multi-channel formats; DTS-audio, DVD-audio, and SACD, the irony being that the majority of the software was derived from the 4 channel recordings of the late 70’s, so these formats died out fairly quickly. SACD, having access to Sony’s huge music catalog, lasted the longest, but it eventually succumbed to Sony’s desire for exclusivity.

This broke the audiophile community into two factions, 2 channel and multi-channel, further reducing the market size for both categories, causing a sharp rise in the costs, to where an audiophile component now costs 10 times what it did in the nineties, pushing it clearly into the province of the wealthy (a budget audiophile like myself, might save for a couple years to buy a $5000 piece, but when that same piece now costs $50,000, we have been priced out of the market).

The answer to this problem has come from an unlikely place, Personal Audio. Many budding and potential audiophiles discovered that the sound quality provided by mp3 players, computers and cell phones was substandard, launching a new hobbyist movement, and giving birth to a whole new industry. It is now up to the audiophile community, especially the retailers and magazines, to acknowledge that there is more of a future in selling 100 $1,000 items per month, than selling 1 $100,000 item per month, and reach out to this new community. With careful nudging, these neo-audiophiles can be shown the difference between marketing hype, and actual sonic integrity, and the audiophile community will become a community of music lovers regardless of race, sex or pocket book, without surrendering our aural ideals.