Your Break Could Take Years-The Belief in Yourself Part 1 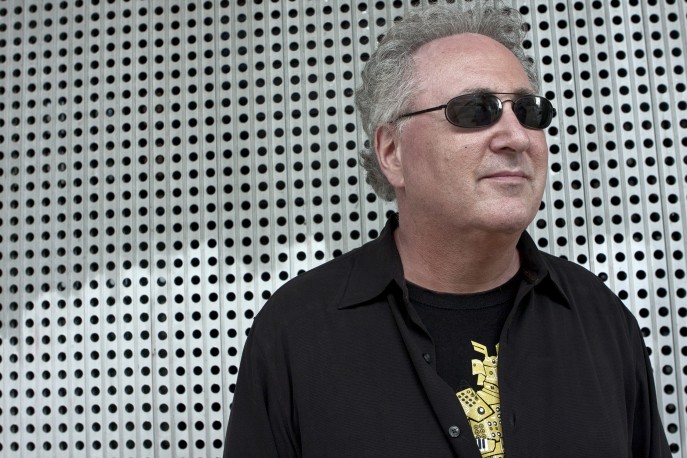 I left Indiana on a cold snowy January morning in 1974.I was on my way back to NY to try and make way into the music world. I had no idea what to do I just knew I wanted to do it.My goal was to work with my idol..Miles Davis. I didn’t care how long it would take. My Girlfriend and my dog  accompanied me and I can’t lie I was very nervous. I felt I had the drive and ambition and wanted to learn more being directly in the NY scene. I listened and owned a lot of Vinyl. I knew the musicians and I knew the music. it was very inspiring back then to see how all kinds of music were growing by leaps and bounds. I was firmly planted in the world of electronic music. I loved the new synthesizers and and I loved the Fender Rhodes as well.

Early on I was fortunate to meet some great musicians like Joe Zawinul,Wayne Shorter,Dom Un Romao and they saw my enthusiasm for the music. Zawinul would always say I was cool because I listened. I met many great musicians from Michael Brecker and David Sanborn,Will Lee Don Grolnick and others. I’d hang at the clubs Like Mikells and 7th ave South. Musicians started to know me but few gave me any kind of break. It went on like this for a few years.

Struggle,learn go to sessions with friends but not getting my  chance yet. I got the newest hottest synthesizer  the Prophet 9 in 1979.My Friend hooked me up with legendary Synth master Patrick Gleeson (Apocalypse Now) who’s company was distributing them. I got #212 and it sounded great-all of a sudden magic happened and I was creating music and sounds that were once impossible to make. Slowly people started to hear about what I could do on the instrument. I made my first album built around the sound of the Prophet-“Cozmopolitan” people were impressed..not enough to give me a deal for the record (the business was collapsing in 1980) but many people heard about what I could do with synthesizers. A great keyboard player pianist Kenny Kirkland used to always say to me “how do you make that thing sound like that?”  One Day he called and told me he had a Japanese record date and they wanted him to play synthesizers  but he didn’t know what to do with them. Would I come to the studio and make sounds and make sure everything was cool. I’d get $500…so was my first programming date.

As time went on I started to get some more work but not the work I really wanted. My object was to do the A List albums. I was actually producing some artists and starting to build on that. Hey-I’ve been in NYC for 9 years and it was a slow crawl.

I had a great keyboard rig because  a lot of friends in Synth companies took care of me, I had an Oberheim System, a  Prophet 10,Mini Moog and a PPG 2.3 wave. I was creating music and sounds beyond my imagination. I was serious and knew my stuff.  Then one cold miserable night in January of 1984 we were at Iroha restaurant celebrating my wife Kathy’s birthday and the place was empty except for one guy at the very end of the long Sushi bar.  My  wife noticed that  guy was the great saxophonist Michael Brecker.

He had Played with me on some of my projects  and I hadn’t seen him in over 2 years, he was happy to see us and joined in our little celebration. He then said “ he had  no idea what is going on with synthesizers and midi but I said to myself if anybody knows what’s happening its Jason Miles and here you are!!’  We laughed and he wanted to get a DX 7 which was impossible to get at that time so I made a few calls and got one for him. We started to hang out together and rekindle our friendship.  Mike started to see what I was doing with my synths and was very knocked out. All of a sudden I started to hear from number of different artists and producers who wanted to use me on projects. I was wondering how this was happening.Then one night in June 1984  Mike called and said everybody was going to a club in NY to hear Bob Minters band and why don’t I come. I was flattered that he thought enough about me to ask me to come.  I was sitting watching the band and saw Mike talking to the famous drummer Lenny White. The next thing I know Lenny walks over to me and asks..”who is your favorite producer?” I  told him Trevor Horn and he immediately said “we’re going to work together”  I then realized it was Michael who was telling all these people about me and after all the years working and trying different things to get ahead,it all came down to word of mouth.

Lenny and I talked over the next few months about everything, music, sports, food,movies. One late Sunday night in Jnauary of 1985  Lenny called and asked me If I had heard from Marcus Miller. He told me they were starting a new project and wanted me to bring some synths and see what I could do to help with the project,. Marcus called  me the next morning and from that day on we worked together for 10 years on so many great albums and a year later

I got another call and he told me  that Tommy LiPuma (legendary record producer) just signed Miles Davis to Warner Brothers and he’s looking for songs. Do you want to do some demos with me? I was ready to leave right then and there  but the meeting was for Saturday. We started to do Demo’s for what would become Miles’s comeback album “Tutu”.

A few days after the demos were completed Marcus called me and told me they loved the demo’s and he got the gig producing Miles. They were working in LA but would now came back to NYC to do more of the album after Marcus brought what we did to LA to start the project.He came back and the music sounded amazing with the sounds I had programmed on the Demos.. Now we were going to go in the studio and do 4 more songs. I was beyond excited-12 years of working hard to perfect my craft,The many ups and many more downs and here i was now in Clinton Studios in NYC with Marcus,Tommy and as I looked into the studio there was Miles. Marcus came up to me and said “look man,you’re going to be here 5 weeks or 5 minutes..I hope it’s the 5 weeks but that’s up to Miles..He’s in the room go say Hi” …I looked in the room and everything I had worked for was right there I opened the door and walked in the room.

Want to know what happened and where we went from there…You’ll have to tune in for the conclusion of this story….I can just say it all runs together and would have a profound effect on my life

I will say this,,I never gave up.It was incredibly hard because giving up would have been easy.Believe in Yourself!

What I’m listening to

Brasilia’s -Wanda Sa and Celia Vaz..These 2 woman made this album in 1994 and it is so spectacular that sometimes I just let it play all day. Wanda Sa is the missing link to Bossa Nova and they are both great singers and guitar players..Love this Album

And the big shocker-The Monkeys-Good Times..I can’t explain it but this is such a food album it brought a huge smile to my face..Rock and pop like this should be a staple in our everyday musical lives-Loved This