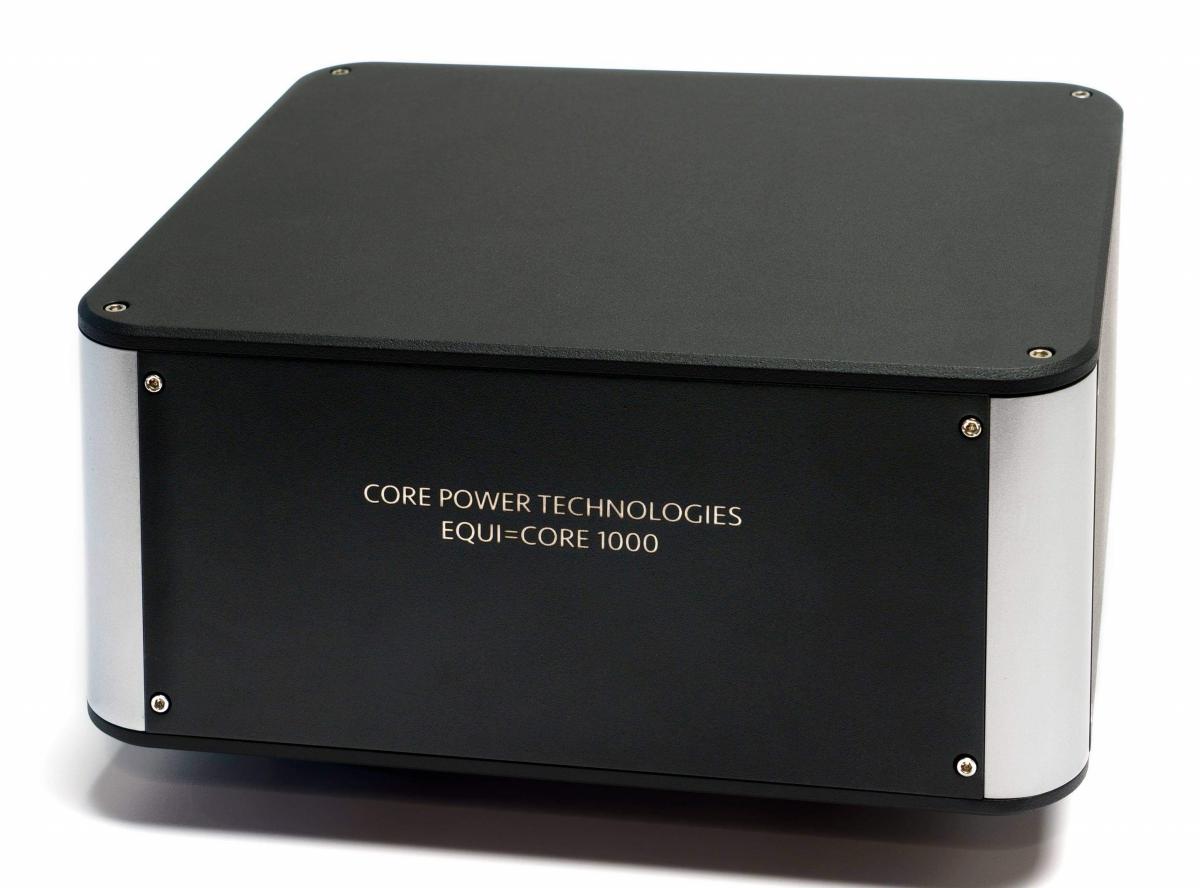 About half of audiophiles don’t believe in high-end power cords, despite empirical evidence as to the difference a power cord can make in the sound of a system, it doesn’t make a lot of sense, “given all that the electricity goes through how can the last few feet make a difference?” It is similar to noise floor (well actually it affects noise floor and dynamic range) every little bit helps, plus the closer you get to the electronics the greater the effect of noise and interference. Line Conditioners are a straightforward proposition in comparison. AC is noisy, some more so than others, but noisy just the same. Every motor, transformer, microwave, and non-incandescent light between the power station and your house feeds back a little noise into the system. On old CRT televisions, you could actually see this. In a situation like mine where I have Solar Power, this is exacerbated by any difference in phase produced by the inverter system which I assume is also fed back to all of the other households on the network. Also due to the constant shifting of demand, the voltage provided at the outlet is inconsistent often dropping below that necessary for high-end audio equipment. I am lucky that I tend to have a full 120 volts, though this fluctuates enough that I have had to put voltage regulators on all my computers and AV equipment as it was burning out my UPSs (Uninterrupted Power Supply – a surge protector with a battery backup). This is where the Core Power Technologies AV Equi=Core 1000 comes in.

While it is the job of the power supply in your electronics to filter out the noise and maintain a specific voltage, most audio gear is not of sufficient size to house all that is necessary to completely clean up the signal. This is further complicated by the fact that to achieve effective isolation, it needs to be properly contained in a separate remote chassis.

First thing you will notice about the Core Power Technologies A/V Equi=Core 1000 is that it is not light, 32lbs to be precise. The chassis is made up of 10 discrete pieces of 6061 aluminum, a flat top and bottom panel with rounded corners and edges, flat front, back, and side panels (2) held together by four curved corner pieces using countersunk Allen head bolts. The brushed aluminum corner pieces create a striking contrast to the dark grey anodized faces. On the back panel, you will find 3 red Hubbell-style duplexes (a total of six outlets), a lighted power switch, the power input receptacle, and a reset button. All in all, a rather elegant attractive package. The review unit I received came with the optional Core Power Cables Valiant Gold Power Cord, there is also an option for Gold Plated Copper Duplexes, the one I received was fitted with custom-made Pure Copper Duplexes. The Equi=Core 1000 is rated as an 8.5 amp, 1000 watt, balanced line conditioner with built-in surge protection.

A strong empirical example of the amazing noise reduction powers of the Core Power Technologies A/V Equi=Core 1000 was what occurred when I first got the Equi=Core and the LSA Warp 1 Amplifier. Due to a series of mishaps, I ended up powering up the Warp 1 without an input connected which due to the design of the Warp 1 caused a loud humming sound. Since I had set up the Equi=Core at the same time, my first impulse was to bypass the Equi=Core in case that was the source of the issue and the noise was a magnitude louder with a significantly wider bandwidth of noise. Or to put in terms of the effect of the Equi=Core, the noise was reduced to about 10% of the level without the Equi=Core and reduced in frequency to say about 60 Hz, which one would expect if they had a pure 60 cycle AC signal without injected noise from other sources. The difference was jaw-dropping and while this is not a normal test case, it does parallel the effect of inductive noise that is not filtered out by a component’s power supply.

For active listening tests, I decided to use the Questyle CMA Fifteen (Review Pending) as Questyle is well known for their over-built power supplies which should make for a spectacular challenge. For headphone, I chose my Noble Zephyr IEM’s as they are one of my most efficient and articulate IEMs, and to maximize noise potential I put the amplifier in high gain and used the 4.4mm balanced output. At about half volume with the player (JRiver) on pause (IE: no signal but not open), I could hear the transistor noise. With the Equi=Core bypassed you could hear spurious noise added to the steady hiss of the transistors.

Clearly, the noise floor had been lowered, now it was time to find out how that played out with music. My first choice was Reference Recordings Eiji Oue and the Minnesota Orchestra’s performance of “The Firebird Suite” (“Stravinsky: The Firebird Suite, The Song of the Nightingale, & The Rite of Spring” – DSD) due to its low volume level and high quality recording. The resolution was astounding, you could actually hear the pages move as they were turned over. The soundstage was vast and the imaging laser perfect, while the dynamic range was epic.

Moving on to Al DiMeola, Paco DeLucia & John McLaughlin playing their “Fantasia Suite” from “Friday Night in San Francisco” (DSD) again you could hear the breathing of the audience along with the other spurious sounds that make a recording come to life, and nothing was held back, painted against a vast concert hall.

My final selection with the Noble/Questyle combo was Peter Gabriel’s “Here Comes the Flood” (“Peter Gabriel” – DSD) another extremely dynamic recording enhanced by the extended noise floor provided by the Equi=Core. As above, the soundstage was enhanced and the music became paramount to the experience.

To wrap things up I switched to my Manley Absolute Headphone Amplifier using the Audio-gd R2R-1 DAC and my Dan Clark Audio ETHER2 headphones, because tubes are all about resolution, but can also pick up noise, and since noise floor is essential to getting that last bit of detail I figured this would be the ultimate test. This time, with the player on pause at full volume, I had absolute dead silence, which portends an epic sonic experience, and I was not disappointed. Turning the volume down and putting on “Dog & Butterfly” by Heart (“Dog & Butterfly” – 24-bit/192kHz) and the music just flowed, with deep strong bass, a huge etheric soundstage amid the competing acoustic guitars, and brilliant dynamics. My most musical reference rig enjoyed an added level of musicality.

It was really hard to stop listening once I had my reference system going with the Core Power Technologies A/V Equi=Core 1000, the sound was that good. Being a long-time tube lover I’m used to listening through that little bit of tube noise in the background and to have it removed was an absolute treat. From the moment I hooked it up, there was no question that the Equi=Core was having a huge effect. At a thousand Watts, the Equi=Core 1000 is perfect for demanding Personal Audio systems or for medium-sized two-channel loudspeaker systems. For a heavily amped multi-channel system you might want to move up to the Equi=Core 1800, and some amplifiers will demand a separate unit to themselves (though if you are running that kind of system, the added expense of another unit will be nothing as compared to the payoff in sound quality). As to value, at the current introductory price of $999, the equivalent PS Audio unit costs five and a half times as much.

Some of you may have noticed that my testing procedure involved listening with the Equi=Core first, then without, this is because you notice it more when something is removed from a system than when it is added, and I can easily say, that of all the reference gear I have on loan, I will miss the Equi=Core most when it comes time to return it. Definite thumbs up for this one!