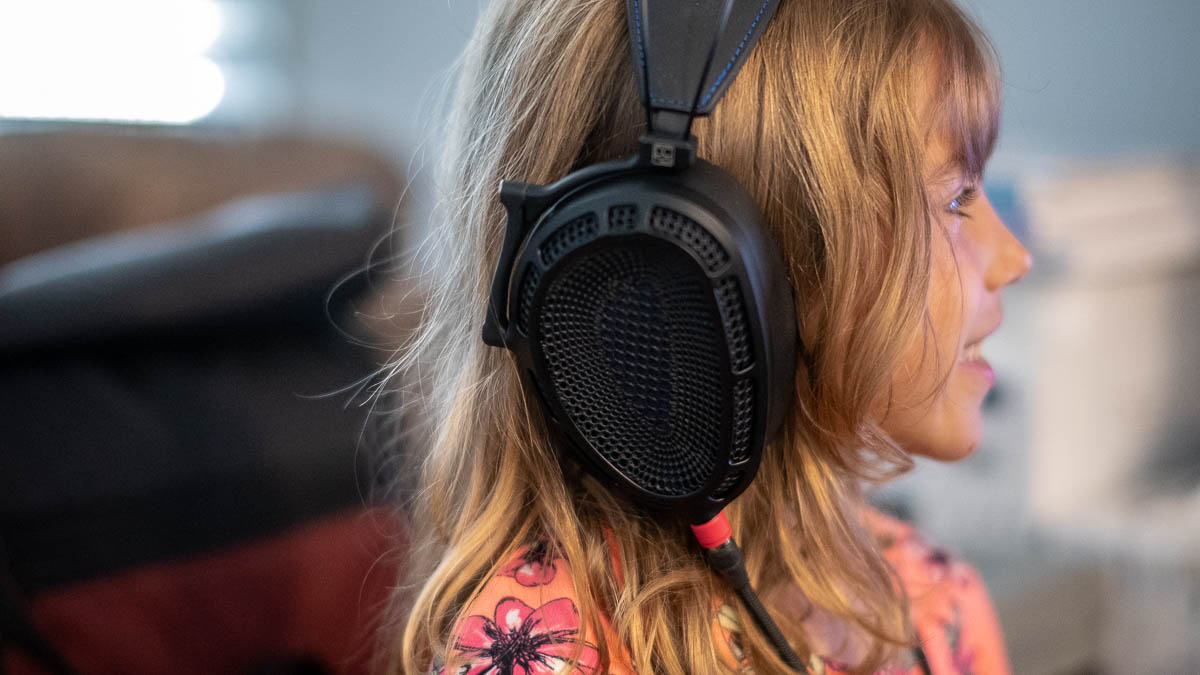 Gary Alan Barker’s excellent technical review of the Dan Clark Audio EXPANSE (located here) said everything and Gary was so impressed I really wanted to compare it to the STEALTH closed-back design which was Headphone.Guru’s Product of the Year in 2021 and see how the open-back design EXPANSE headphone would sound in contrast using my dCS Lina Reference System, complete with its Headphone Amp, DAC, and Master Clock paired with the EXPANSE.

Dan Clark and the team at Dan Clark Audio have a long-standing history of designing exemplary products, and the EXPANSE adds an open-back option for their new reference transducers. The dCS Lina System is the most honest and open-sounding system I have reviewed (located here) hence I now use it as my reference system. Designed with the dCS “truth to the sound” philosophy this uncolored system lets me hear what every component played through the system really sounds like.

Cassandra Wilson’s “Strange Fruit” from her “New Moon Daughter” album has exceptional bass and excellent high range and was a good tune to start the EXPANSE listening session. Noticeable immediately was how the bass was textured and beautifully reproduced. Guitar strings were well defined as was the soundstage. The Trumpet was floating in its own space and Cassandra sexy vocal was crystal clear with clarity. dCS Lina’s system disappeared and reproduced the musicality of the EXPANSE. Defined with transparency the beautiful tonality made this track come to life.

“Love is blinding” from the same album and written by Bono showcased the bass and treble extension sounding pristine. Inner detail on the acoustic guitar was exceptionally reproduced and the sound stage was pinpoint with Cassandra’s vocal sounding natural and realistic, and again took me on a musical journey. The EXPANSE sounded spectacular with a musicality that only the highest quality transducers can create and once again the EXPANSE showcased that rare quality to make the system and headphone disappear.

Jan Lisiecki’s excellent piano playing on his “Chopin Complete Nocturnes” album led me on a journey into Chopin’s beautiful music. Classical piano takes an extraordinary musician to recreate a perfect performance and Jan is one of the very best. His piano came alive on the EXPANSE with excellent musicality. The instrument had inner detail and made it sound as if he was in my listening studio. I could hear the decay of sound and the inner detail of the notes. Nothing was missing from the performance.

“Songbird” from Christine McVie’s new album of the same title and recorded at 192kHz with a full orchestra showcased this legendary singer from Fleetwood Mac is an amazing performance with the orchestra fully layered and made her vocal sound good and alive. The EXPANSE delivered a three-dimensional performance and made me listen for hours on end to all of Christine’s past performances.

Bob Marley’s “Exodus” is maybe Marley’s best album, the EXPANSE with its speed and transparency delivered another musical experience.

Dan Clark has been setting new benchmarks in this industry since he started designing headphones. Dan is a perfectionist and will not release a product unless he feels it is ready for prime time. Dan is gifted and creates memorable headphones. The Dan Clark Audio EXPANSE is another masterpiece in design with innovative technology that will once again set a new benchmark in planar technology.

The EXPANSE is a welcome addition to the reference planar lineup. The STEALTH is my go-to headphone for most listening sessions and is one of the best closed headphones I have heard. Comparing EXPANSE is not hard to do, the open-back headphone has more transparency and when I’m alone in the house provides me with the musicality that I crave. This is my headphone of choice for listening since it arrived.

Pairing the EXPANSE with the dCS Lina system created a desert island experience for the ultimate in musical reproduction. The EXPANSE and the Lina were a musical match that created the ultimate listening experience.

When I heard the STEALTH for the first time I thought it was an open-back headphone, it sounded like no other closed headphone I had previously heard. Captivating and musical it became my go-to headphone that I seemed to grab the most for listening sessions. The sound is exceptional and sounded musically right and is still a reference headphone that continues to amaze me with its tonality and musicality. The EXPANSE is a fitting name created for Dan’s new masterpiece. The new transducer is an open-back design for the ages. Soundstaging for planar designs can be difficult. Dan was able to create a new design that makes the EXPANSE a champion with exceptional imaging, air, and space that allows the listener to experience a 3D soundstage and make the listening an out-of-the-head experience.

Comparing this to the STEALTH, the soundstage is wider and more open sounding and in a quiet environment lets you just listen to the music. Soundstage is important but for me tonality is key and the EXPANSE has a lifelike representation and for design it is amazing. Both transducers are in another category of performance and for the listener who craves that extra ounce of soundstage and a beautiful tonality that is unmatched, as to which is the better the sound, that is a personal choice. I like having both when my house is noisy and I want to listen, I listen to the STEALTH, but as I am writing and the house is quiet the EXPANSE has made the music alive and more tuneful. If your looking for tonality and musicality either headphone will deliver.

Musicality is the most important aspect of any performance and the EXPANSE has a sound rarely if ever heard from any planar design. No matter what played the EXPANSE made the experience memorable. I found myself listening into the wee hours of the morning. Everything else became secondary and the EXPANSE allowed me to relax and get into the music. The soulful EXPANSE is a creative marvel with its ability to disappear. Comfortable to wear for marathon listening sessions it delivers everything you could want in reference transducers. Together with my reference Lina system, it’s headphone listening at its best. Once again Dan Clark sets a new benchmark in design. Highly recommended and a strong contender for product of the year.