The Audeze LCD-5 Flagship Headphones – As Good As It Gets! 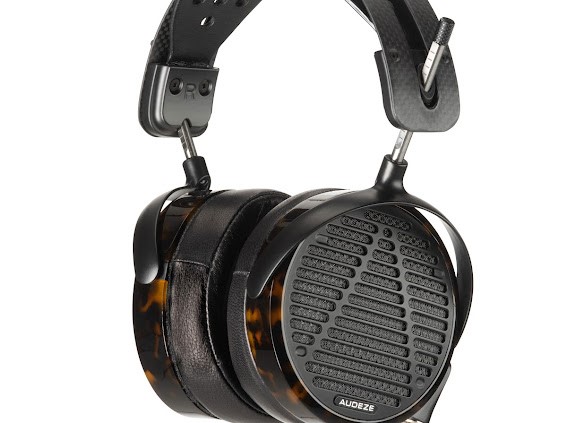 I have been a big fan of Audeze’s headphones throughout the years. Since their initial release of the venerable LCD-2 over a decade ago, Audeze has become a world leader in planar magnetic technology and has produced some of the very best headphones on the planet. Well, never to let the grass grow under their feet, the engineers at Audeze have certainly been quite busy this past year with three significant new releases: LCD-R (ribbon-based headphones, and CRBN Electrostatic (their first foray into electro-static headphones), the LCD-5’s round out this amazing trifecta of great new products. The original LCD-2’s wowed the world of personal audio with truly some of the best performing headphones ever released a decade ago. Their relaxed and natural tone was a stark contrast to the many brighter sounding headphones previously released like the AKG K701, Beyerdynamics T1 and Sennheiser HD800. Instead, you get an insane amount of detail extraction, but now with bass that was far more reminiscent of a 2.1 speaker setup. But with this incredibly high level of audiophile performance, there came a cost; their weight. Planar magnetic headphones require a strong magnetic field to move the very thin diaphragm, and in turn, these magnets (along with the wooden ear-cups), the LCD-2 (and consequently LCD-3 and LCD-4) were on the heftier side of things. So for the LCD-5, the designers looked to reduce the mass as drastically as they could and the results speak for themselves! Their predecessors, the LCD-4 came in at 690g and while I found them acceptable for long-term listening sessions, many have longed for a lighter option that could more easily be worn without any discomfort. Well, how does 420g now sound? That is roughly 1/3 of the mass has been removed from these new flagship headphones! Picking them up is a bit of a shock as I handled them expecting a similar weight to the LCD-3 or LCD-X, but instead, my hands jerked upwards a bit due to the lack of mass on these new headphones. Long-term listening sessions were even easier with these headphones as I felt that they disappeared on my head as a result of these improvements; definitely, something that did not happen with their previous products!

While the photos look absolutely gorgeous, in person, they look and feel even better! No longer going with a wood finish for the ear cups (in order to reduce the mass), the new tortoise acetate ear cups are not only significantly lighter, but absolutely stunning in my opinion. The new headband and ear pads also contribute to the lighter weight, while also enhancing the long-term comfort at the same time. While not cheap at $4,500 USD, the new LCD-5’s exude luxury and when compared to other flagship headphones in this marketspace truly stand out! Included is a new aluminum carrying case that continues the motif of “lighter” as now when you take your LCD-5s with you on the road, the entire carrying weight is substantially reduced as well. These are some seriously beautiful headphones that I can now wear for hours on end without a hint of discomfort and in turn, this has allowed me to enjoy my music for even longer than before! The full list of specifications for the LCD-5 are:

Designed completely from the ground up, the new LCD-5 has incorporated many new design and technology improvements over their previous flagship headphones! The new planar driver and magnetic structure have allowed the LCD-5s to reach a new level in sound while at the same time not adding on needless weight and taking away from the total experience. The new patent-pending Parallel UniforceTM voice coils are coupled with their award-winning FluxorTM and updated FazorTM waveguides which now utilize varying parallel widths of traces to maintain a low impedance and provide increased voltage headroom by altering the current density within each trace. As a result of this optimization of the uniform force, the distortion is lowered even further and it allows for a better grasp over the diaphragm and in the end, offers improved audible resolution. To say that I was super excited for this review would be an understatement. I was just coming off the LCD-R + Jotenheim-A ribbon headphone review (https://headphone.guru/the-audeze-lcd-r-headphones-schiit-jotunheim-a-amplifier-a-killer-1-2-combination/) and I was floored for all the audiophile goodness that this setup packed in, I wondered just how much better things could get?

After roughly 75 hours of burn-in, I was ready to put the new LCD-5 headphones through the gauntlet and hear just how things fared and right off the bat I selected Rush’s classic “2112” on Qobuz. For this first serious listening session, I decided to use my Chord DAVE as the source and amplifier. Right from the outset of “Overture”, I could tell that I was in for a wild, wild ride! Make no mistake about it, these headphones are definitely made by Audeze as they bring the bass like no other! With slam very much in line with the LCD-4, the bass comes off tighter and better controlled than before. Audeze has always produced headphones that bring speaker-like bass to the world of personal audio and the LCD-5s definitely continue to push the envelope in that tradition. The brilliance of this bass is just how linear it is from 20Hz up to the midrange and as a result, there is never a hint of midrange bleed whatsoever! It is very much like having your cake and eating it too. Geddy Lee has never sounded better; from his lowest octaves to his highest highs, you get to hear it all as if you were there. I was absolutely floored with the quality of the midrange that these headphones could provide. Unlike the LCD-4 which provided a very laid-back treble response and a slight emphasis on the upper treble, the LCD-5s are quite a bit more even keel throughout. Extended and brilliant with plenty of life and shimmer, the treble range will never cease to satisfy even the most ardent of audiophiles. I was smiling ear to ear with the incredible amount of transparency and extension in the treble and never once heard any hint of sibilance or stridency. Overall clarity was simply the best I’ve heard from Audeze. They have been able to raise the already high bar from the LCD-4 and LCD-4z to a whole new level and I would very easily put these headphones among the very best that I’ve ever experienced. Finally, I wanted to make note of the sound staging. The LCD-5s have come a long way from the LCD-2s that were released a decade ago. The latter, where brilliant with regards to tonality and transparency, were not the greatest flagship headphones at producing a sense of air and space. Well, fast forward to 2021 and the LCD-5s are now easily in the top 4 or 5 headphones on the planet at doing this (along with the AB1266 Phi TC, HD800S, Raal SR1a, and Hifiman Susvara). Folks, it just doesn’t get any better than this. Throw in the incredibly precise nature of the sound staging, you can easily close your eyes and hear exactly where Geddy, Alex and Neil are in relation to each other throughout the recording. Simply brilliant! If you love Rush like I do, you need to experience them with the Chord DAVE and Audeze LCD-5 as you will not be disappointed.

I then decided to add the incredibly transparent dedicated headphone amplifier: The Benchmark HPA-4. You can find my review for this stellar amp here: https://headphone.guru/the-benchmark-hpa4-headphone-amplifier-the-leader-in-transparency/. Not only will the 4 Watt maximum power drive almost every headphone on the planet, the amplifier’s clarity and painstaking attention to detail is a true audiophile’s treat. I absolutely love this unit when driving planar magnetic headphones especially. For this session, I decided to change things up a bit and selected my jazz standard: “Kind of Blue” is the Sgt. Pepper for this genre of music and a real tour de force album that everyone should have in their collection. This particular recording was in DSD and it is the best digital version that I’ve come across yet. Again, the LCD-5’s delivered in spades and then some. I would say that as much as the LCD-4 was a groundbreaking improvement over the LCD-3, the LCD-5’s manage to raise that bar equally here. Don’t get me wrong, I absolutely love the LCD-4 and LCD-4z, but with the LCD-5, you get such an increased level of speed and detail with an improved sound staging (both wider and deeper) that the differences are quite profound and more than justify the addition $500 to my ears. In fact, the speed of these headphones is right there (though maybe a hair behind) some of the quickest headphones I’ve reviewed/owned/ or experienced. Tonality is also closer to what I consider to be “neutral” with an impeccable balance throughout the frequency range. Miles’ masterpiece was as good as it’s ever sounded! Everything from Bill Evan’s on the piano to Coltrane’s saxophone. So not only do these headphones rock, they can bring the goods with some of the most jazz recordings I have in my collection.

Finally, after some time I settled on Brandi Carlile’s new album “In These Silent Days”. I was curious to hear how the LCD-5 headphones portrayed female vocals and right off the title track “Right on Time” my concerns were all laid to rest. In short, these were some of the very best female vocals that I’ve heard through a pair of headphones or speakers ever. The subtle balance from the lower to the upper midrange was straddled perfectly to my ears. Previously I found the LCD-4 a tad too rolled off in the upper midrange and the LCD-4z went a tad too far in the opposite direction. Overall these are a bit nitpicky for these headphones, but when contrasted with the LCD-5’s almost perfect balance, I felt that they stood out a bit further as a result. Bass again was what we have come to know and love from Audeze’s speaker-like presentation; however, this bass hit just as hard, but was tighter with better definition. It was very much having your cake and eating it too! If you’re a fan of music with female vocals, I would very easily put the LCD-5s in the very top stratosphere of headphones.

What can I say to conclude my review of the new LCD-5 flagship headphones by Audeze that I haven’t already? They are a tour de force and truly one of the very best headphones on the planet that one can enjoy! With improved ergonomics, reduced weight and overall comfort, their incredible sound experience can be enjoyed for extremely long times and might keep you up late at night as a result. Their improved efficiency over the LCD-4’s allowed me to really enjoy them in a more portable mode using my FiiO M11Pro portable DAP (digital-analog player). The frequency response; while still very much in line with Audeze’s previous releases, is the most neutral and transparent yet. With thunderous bass that is even more refined and controlled, you really get it all. Finally, the sound staging will put a big smile on your face with an incredibly immersive experience that will have you smiling from ear to ear. In the end, I can very easily and wholeheartedly recommend the LCD-5s for anyone looking for the very best headphones around – they are that spectacular!