The New iFi Zen DAC and Zen Blue: A Killer One (and Super Affordable) – Two Punch! 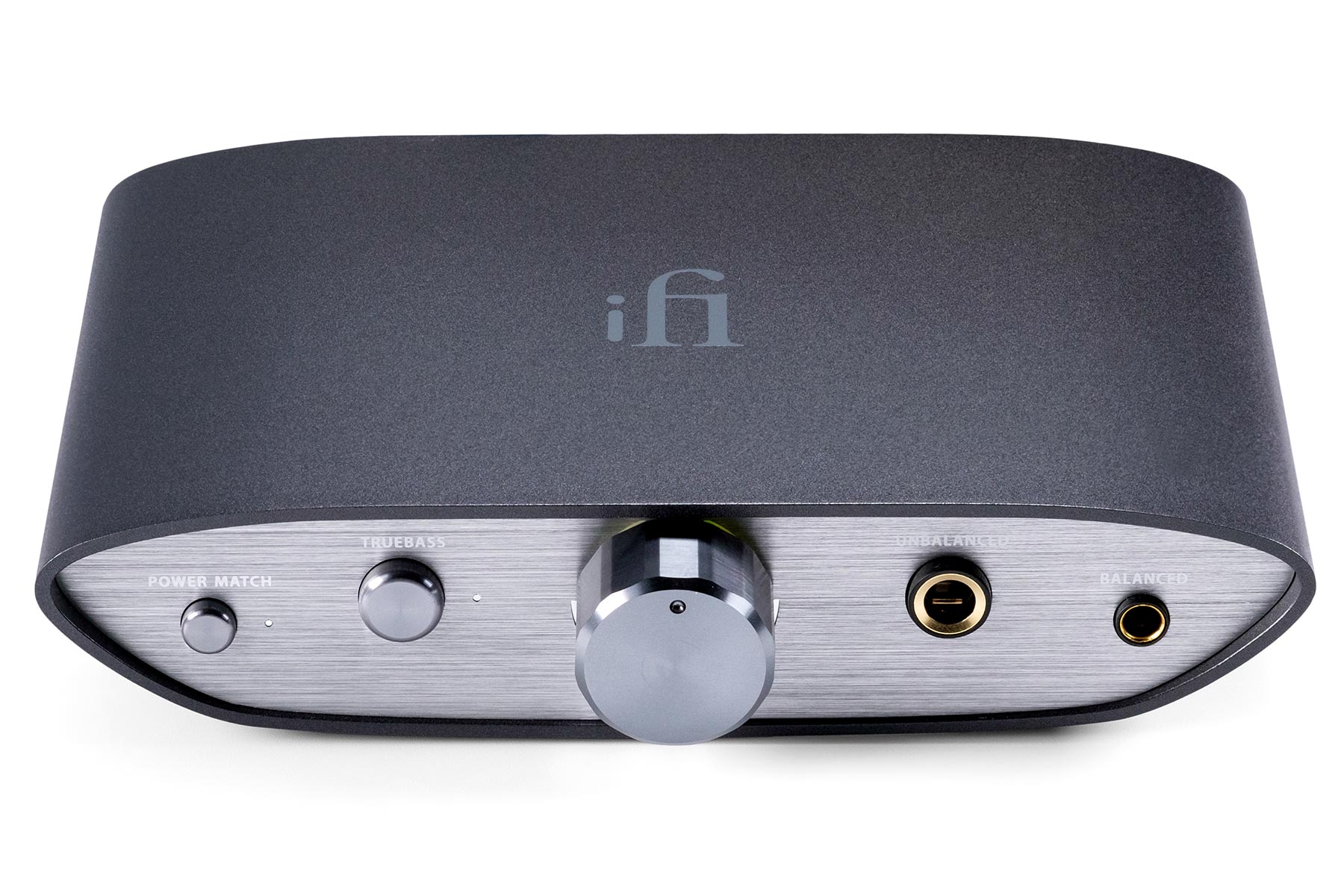 iFi Audio has been in the business of creating some of the best products available in personal audio. They will not cost you your left kidney and will offer you incredible value and transparency. I previously reviewed their iFi Nano iDSD portable unit here: https://headphone.guru/the-ifi-nano-idsd-black-label-portable-headphone-amplifier-dac-a-miniature-wonder/. I absolutely loved this little wonder and considering the $199 US price tag, it was an absolute steal to any potential owner! Well, never to rest on their laurels, the engineers at iFi Audio in the UK have come out with these two desktop solutions that not only offer outstanding audiophile-level quality, but support Bluetooth streaming now with some of the most advanced and higher resolution codecs available (aptX HD, LDAC, and HWA/LHDC). The Zen Blue allows you to have your music in pretty much any room in your home and enjoy it in higher more audiophile-friendly resolutions. If you have limited desktop space, not to worry as the 16cm x 10cm x 3.5cm will fit almost any little space you may have. As soon as the box arrived, I was impressed with the design of both of these beautifully constructed units. Both the design and feel hint at units costing 2-3X their affordable price tags (only $129 for the Zen DAC and $149 Zen Blue). Setup was a breeze via Bluetooth and initially, I decided to use the Zen Blue to stream Qobuz from my iPhone to the most excellent Gilmore Lite Mk2 by HeadAmp. This would serve as my work desktop portable solution and the Zen Blue was very much a welcomed addition for this review.

The full specifications for each unit are:

For my first critical listening session, I decided to use the most impressive Audeze LCD-1 headphones. I absolutely love these headphones and in the sub $500 price point, they are one of my definite “go-to” recommendations. As soon as I started up “Music from Big Pink” by The Band streamed off Qobuz, I was immediately taken with just how impressive this more affordable setup sounded. It just goes to show that you don’t need to spend an arm and a leg (and a kidney) to achieve a very high level of audiophile satisfaction! The iFi Zen Blue and Gilmore Lite Mk2 (connected via the supplied RCA cables) drove these headphones with ease and never let go of its firm grasp of the LCD-1’s drivers throughout this album. (You can find my review of the HeadAmp Gilmore Lite Mk2 here: https://headphone.guru/the-headamp-gilmore-lite-mk2-a-venerable-classic-returns/.)

The level of transparency offered by the Zen Blue sounded almost analog without a hint of digital harshness; a sin that many inexpensive digital sources tend to commit. The classic song “The Weight” never sounded so good for so little! I had to remind myself that we are talking about a full streaming upstream setup costing less than $650 US that could sound so impressively clean and dynamic. Anyone with a limited budget needs to seriously consider this setup! I found the Zen Blue offered incredible bass, both textured and nuanced. It never hit harder than called out for by the recording, but at the same time left me extremely satisfied. Levon Helms’ vocals were upfront and clear and correspondingly blended perfectly with the bass and treble regions. The LCD-1s measure very flat, but still retain a very high degree of “musicality”. Well, thankfully the Zen Blue let them shine and maintained a very similar balance and overall experience. Detail extraction was very good and while not there with say to my other portable players, but with the 5-7X cost/price difference, one could very happily enjoy the iFi setup and save quite a few dollars at the same time! The added bonus of taking your music anywhere in your home or office and play music wirelessly was a huge bonus for the iFi Zen Blue.

Next up, I decided to plug the Zen DAC via the supplied USB cable into my iMac. I quickly opened my Roon player and selected a “Jazz at the Pawnshop” in DSD and plugged in the most excellent Diana V2 into the balanced output. To my ears, along with the Diana Phi, I find these headphones among the very best portable headphones on the market. They are both demanding from a power perspective and incredibly revealing of your upstream setup. I realize that most might scoff at me plugging in a pair of $3,000 US headphones into a $129 US DAC/amplifier, but I could think of no better an option to see how the Zen DAC could perform than with power-hungry and very transparent headphones! I had to quickly select the “High Gain” option on the “Power Match” button to get an adequate volume and thankfully the iFi Zen DAC could play these headphones to a satisfactory audible level. So with a “tick” in that box of having enough power to drive a pair of more demanding orthodynamic headphones (42 ohms and 91 dB/mW), I quickly started to focus on the quality of the sound and overall transparency. Before I started, I reminded myself that this was “only” a $129 US unit, but I very quickly realized just how much work the engineers at iFi Audio had put into this little wonder as the music coming from the Abyss Diana V2 headphones was very impressive indeed! The overall transparency initially shocked me and maybe that was due to me initially tempering my expectations from the outset, but I can’t help but think, this still sounds pretty darn good! I would describe the Zen DAC as a very balanced and neutral sounding player with a hint of warmth and musicality. Sure my Chord Hugo2 is a superior player in terms of overall transparency and drive, but heck, we are talking of a more than 10X cost difference. If you are looking for a super affordable player, I cannot think of a better one for this little!  Bass notes hit quickly with a good amount of heft and decay. The treble region was very well articulated and detailed. The mid-range seemed to stand out a tad from both the bass and treble and offered a very nuanced and detailed vocal range that reminded me of the Shure SE530 in-ear monitors; which were known for having both and upfront and seductive mid-range. Overall, if you’re under a tight budget, you need to check out the Zen DAC!

Finally, I decided to plug in the newly released Hifiman Deva headphones that I will be reviewing very shortly. Coming in at only $299 US, I wanted to yet again prove to myself that thousands of dollars are not necessary to achieve a reasonable level of audiophile satisfaction. So for a total setup cost of basically a pair of Beats Pro headphones ($400-ish), you can listen to a favourite DSD recording with the Zen DAC and Deva headphones with complete audio bliss. I quickly selected a lossless recording of “The Triple Concerto” of some of Beethoven’s greatest works featuring Anne-Sophie Mutter, Yo-Yo Ma and Daniel Barenboim. The level of clarity and detail retrieval was simply astounding with this combination and just goes to prove that you do not need to spend a bundle to enjoy an incredibly impressive setup! Tonality was in three words: true to life. Simply put I found the ability of the Zen DAC to convey the smallest inner workings of this recording was nothing short of a tour de force when the incredibly low price point was taken into account. Boy, do I wish that this unit was available when I started off in this hobby more than a decade ago. Soundstaging here rivalled setups costing well over $700. Sound staging and instrumental separation were both equally impressive and if you are a fan of classical music, I cannot recommend a better setup to start off with.

I absolutely loved my time with both the iFi Zen DAC and Zen Blue. The ability to move my music to anywhere in the house with the Zen Blue was a great benefit and the DAC performance of the Zen Blue was almost identical to the Zen DAC. So if you want to enjoy your music on a backyard deck, bedroom, or home office and don’t want to run cables, the Zen Blue will fill that gap quite nicely. As well, if you have a pair of powered speakers and are looking for a higher resolution source, the Zen Blue has you covered. Finally, the Zen DAC would be my #1 recommendation for anyone starting off in this hobby of personal audio. It has the ability to drive some of the more power-hungry headphones and still nimble enough to extract so many of the smallest details in your favourite recordings you might feel guilty for only paying $129 US for what you’re getting! I very much enjoyed my time with this potent one-two punch and highly recommend that you check them out…you won’t be disappointed!