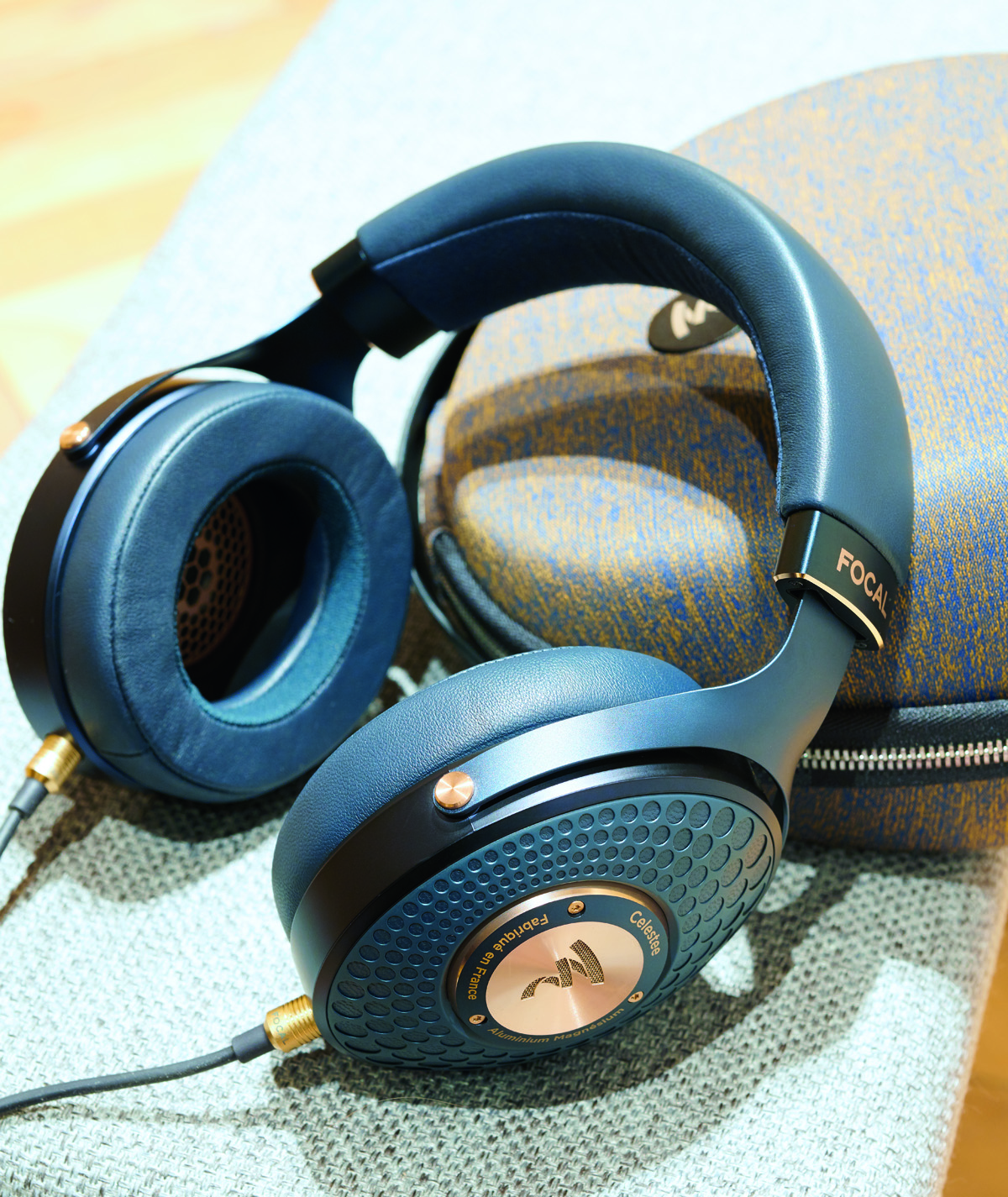 It has been a long wait to get a review sample of the Focal Celestee Closed-Back Dynamic Headphone, over a year in fact, due to the extreme popularity of Focal’s latest closed-back design, but it has certainly been well worth waiting for. Focal has a long history of designing and manufacturing some of the world’s highest-performing loudspeakers and headphones. As a driver designer/manufacturer they have a certain advantage over those who need to outsource their drivers, and it has shown in their delivered product. One constant with Focal headphones going back to the original Spirit is a level of refinement of sound not found in comparably priced headphones, and on this score, the Celestee is no exception.

The Focal Celestee Closed-Back Headphones are the latest offering in their closed-back designs, which are unique in that they offer the more open soundstage of open-backed headphones, add that to the tendency for closed-back headphones to have a more linear response and deeper bass, not to mention isolation from external noise and you truly have a winner. Like all Focal headphones the Celestee has a long list of bullet points:

For accessories, you have a carrying case in the headphone’s Navy Blue and Copper colors and a 4 ft. (1.2m) mini-jack cable with a screw-on integrated 1/4″ (6.35mm) mini-jack to Jack adapter also in matching colors.

First off let’s start with the appearance of the Focal Celestee Closed-Back Headphones, the Navy Blue leather with black and copper accents is simply gorgeous. As to comfort, the Celestee securely hugs your head in leather and microfiber which is especially luxurious with my hairless pate. I see no impediments to many hours of enjoyable listening with the Celestee.

Since the pair I received had obviously had a few hours on them, I opted to skip my usual burn-in and go straight to listening. Starting with what I figure would be the perfect match for a $1,000 headphone, I began with my LSA VT-70 using the Audio-gd R2R-1 DAC as source, powered by a Core Power Technologies A/V Equi=Core 1000, and for cabling Cardas Iridium single-ended RCA interconnects, and Cardas Iridium power cords. For convenience sake (the headphone cable, designed for portable use, is not long enough to reach my computer from where I have the amplifier set up) I ran Qobuz on my FiiO M11 via the coax in on the R2R-1.

Cueing up Aldous Harding’s “Fever” (24-bit/96kHz – Qobuz) from her “Warm Chris” album I was treated to amazing musicality from this stark bare-bones limited processing recording. The piano was rich and harmonic with an almost bell-like quality, while the bass was in the room strong and tight. The horns were warm and soothing, and Aldous Harding’s angelic vocals were totally engaging.

Switching to solid-state mode on the iDSD I selected “Invisible” by Ornette Coleman (“Genesis of Genius: The Contemporary Recordings” – 24-bit/96kHz – Qobuz). The Celestee filed off the sharp edges of the solid-state amplifier creating a much more musical sound than would be normally experienced without sacrificing any detail. The trumpet was textured and expressive without blare, and the piano had a deep thick flavor.

Moving to a lower budget DAC/Amp I connected the Celestee to my Questyle CMA 400i and opted to listen to Antoine Boyer & Samuelito (“Sonámbulo” – 24-bit/44.1kHz – Qobuz). The two competing blistering classical guitarists were rendered with live-in-studio detail, the acoustic guitars exhibiting a lusty robust timbre, while the soundstage was intimate and dynamic.

Next on the bill was my M11 and it was time to move to music I am more familiar with from my regular playlist, so I put on “Can-utility And The Coastliners” from Genesis’ “Foxtrot” (DSD) to check out the subsonic response. The tonal balance was fairly neutral with a bit of a hump at about 200Hz creating a warm though not necessarily boomy Pop sound, all in all, a really good choice for an on-the-go headphone. Though not quite as tight and musical as I would prefer, the overall performance was amazing for a dynamic headphone.

Dropping down to my $140 Questyle M12, I was totally blown away with the performance listening to “Hold Out Your Hand” from Chris Squire’s “Fish Out Of Water” (24-bit/96kHz). The tonal balance was actually much better than I had experienced with the FiiO DAP, this was a sound I could listen to all day.

As I do with most headphones equipped with a 3.5mm connection I plugged Celestee into my Moto G Power smartphone (which is one of the few phones to still have a headphone output) and returned to Qobuz for Destroyer’s “Eat the Wine, Drink the Bread” (“Labyrinthitis” – 24-bit/44.1kHz – Qobuz) and though not optimum, I found this to be a perfectly pleasurable experience with excellent bass, decent dynamics, and a modicum of musicality.

Like all Focal products the Focal Celestee Closed-Back Headphones provide exceptional performance for their category, and a certain refinement of construction, look, and sound. Like the mega-expensive diamond-encrusted Utopia Headphones that they once produced, the Celestee have a bit of a high-end jewelry look and feel about them reminiscent of designer watches.

The Celestee do have a tad of what I think of as a fun sound to them with a smidge of oomph in the bottom end that give that live club sound without interfering with the midrange or muddying the mid-bass. While they scale up well with state-of-the-art electronics, the Celestee are a very forgiving headphone that is extremely undemanding of amplifier and DAC. One could easily enjoy listening to them on a smartphone or inexpensive DAC/Amp. One of the most satisfying experiences was with the Questyle M12. They are the perfect headphone for use with a DAP.

Their soundstage is front-row, wide without a lot of depth in keeping with that live club sound mentioned above. Like most western European offerings, they appear to have been voiced with orchestral music which, since they are dynamic headphones with plenty of dynamic headroom, makes them sound wonderful with all styles of music, and they definitely have the bottom end to satisfy bass heads.

Comfortable enough for all-day listening, and luxurious enough to make that a pleasure, the Celestee offer isolation sufficient for outdoor listening (though you might need to watch for cars). Of course, indoors it allows the listener to become more involved in the music enhancing the experience.

I am happy to conclude that the Focal Celestee is a great headphone and a fantastic value, that would satisfy most any audiophile, regardless of musical taste and electronics budget.

Note: From April 1st through April 30th Focal is running a consumer promotion on both Celestee and Clear Mg for 10% off.